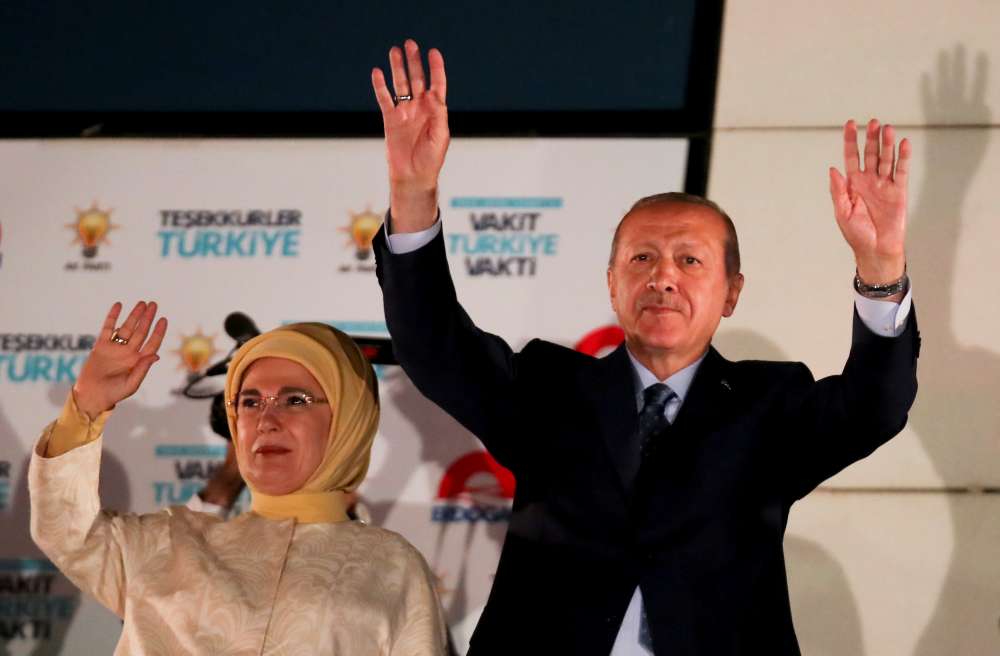 President Tayyip Erdogan promised on Friday to make government more efficient when Turkey’s new executive presidency is inaugurated next week, saying the new cabinet would include ministers not from his AK Party.

The shift to a presidential system, fulfilling Erdogan’s vision some 15 years after he first came to power, will culminate on Monday when he takes his oath for a five-year term after victory in elections on June 24.

“We are speeding up the functioning of the state and making it more efficient by merging institutions that do similar work and dissolving those which are idle,” he told party officials in his first major speech since the elections.

Turks backed the shift in political system by a narrow majority in a referendum last year. Critics say the transformation will erode democracy in the NATO-member state and entrench one-man rule.

Under the changes, the post of prime minister will be scrapped. The president will select his own cabinet, form and regulate ministries and remove civil servants, all without parliamentary approval.

“We are putting together a cabinet with ministers who are not from the party,” Erdogan said, adding this would give them the “opportunity to view events in a more objective way”. He was set to announce the new cabinet on Monday evening.

Senior AKP official Mustafa Elitas told reporters he thought one or two ministers may be selected from among lawmakers, but the cabinet would predominantly be made up of people from outside the assembly, possibly including former ministers.

Final election results on Wednesday showed Erdogan’s AKP won 295 seats in the 600-seat assembly in the parliamentary vote, with its nationalist MHP ally taking 49 seats. He won 52.59 percent of votes in the presidential election.

Sources have said Erdogan could give the MHP posts in the cabinet, rewarding their support for the AKP in parliament and signalling a tough line against U.S.-backed Kurdish fighters in Syria and militants at home.

Erdogan will take his oath in parliament on July 9 at 4 p.m. (1300 GMT) before a ceremony at his palace, ushering in the executive presidency and replacing a parliamentary system in which the prime minister and government had held most power.

A decree published this week has already made changes to laws dating from 1924 – just after the founding of the Turkish Republic by Mustafa Kemal Ataturk – to 2017, removing references to the prime minister.

By In Cyprus
Previous article12 arrests for illegal employment in Nicosia
Next articleUpdate: Power restored at 6 villages after truck severed cable