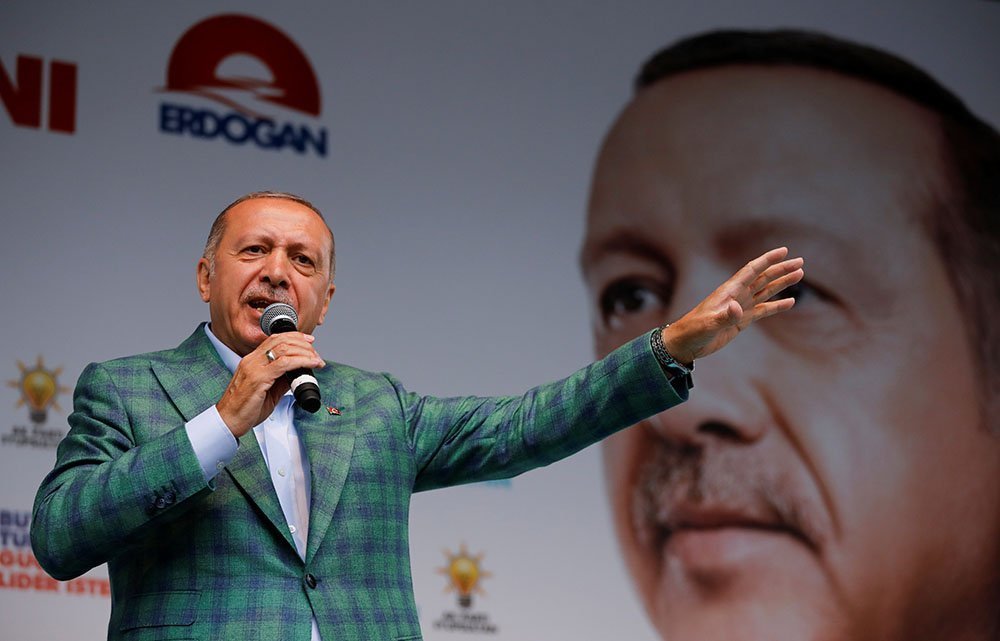 President Tayyip Erdogan on Monday accused “economic terrorists” of plotting to harm Turkey by spreading false reports and said they would face the full force of the law, as authorities launched investigations of those suspected of involvement.

The lira currency, which has lost more than 40 percent against the U.S. dollar this year, pulled back from a record low of 7.24 earlier on Monday after the central bank pledged to provide liquidity, but it remained under selling pressure and its meltdown continued to rattle global markets.

“There are economic terrorists on social media,” Erdogan told a gathering of Turkish ambassadors at the presidential palace in Ankara, adding that the judiciary and financial authorities were taking action in response.

“They are truly a network of treason,” he added. “We will not give them the time of day… We will make those spreading speculations pay the necessary price”.

Erdogan, who gained sweeping new powers following his re-election in June, said rumours had been spread that authorities might impose capital controls in response to the slump in the currency, which tumbled as much as 18 percent on Friday alone.

The interior ministry said it had so far identified 346 social media accounts carrying posts about the exchange rate that it said created a negative perception of the economy. It said it would take legal measures against them but did not say what these would be.

Turkey’s Capital Markets Board (SPK) and financial crime board have also said they would take legal steps against those who spread misinformation about financial institutions and firms, or reports that the government would seize foreign-currency deposits.

Albayrak stressed the importance of budget discipline, and ruled out any seizure or conversion of dollar-denominated bank deposits into lira.

Economists say the lira’s fall is due to worries about Erdogan’s influence over the economy, his repeated calls for lower interest rates, and worsening ties with the United States over the detention of a Christian pastor and other disputes.

Erdogan reiterated on Monday his view that the currency’s crash had no economic basis, saying that U.S. sanctions imposed on Turkey over the terrorism trial of the pastor, Andrew Brunson, represented a “stab in the back” by a NATO ally.