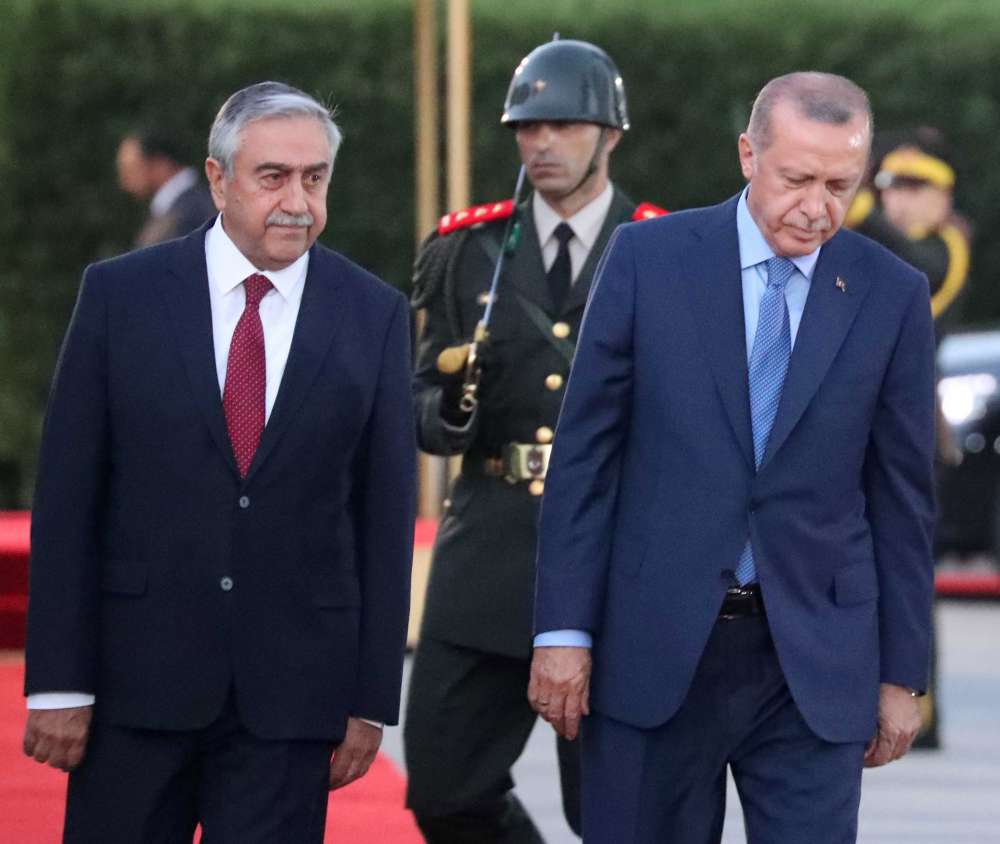 Turkish President Recep Tayyip Erdogan said that he will increase Turkey’s military presence in Cyprus and will create a base there, if needed.

He was speaking to journalists on his return plane from Azerbaijan, where he visited over the weekend.

“We do not have a base problem” in northern Cyprus, Erdogan reportedly said, noting that Turkey’s proximity to Cyprus means that it does not have “a problem reaching out there.”

“It will take only minutes to reach the Mediterranean. This does not apply to Greece. We do not need to establish a base there,” he said.

However, there is also a psychological aspect in creating a base and if such a need arises, Turkey could establish one in Cyprus, he said.

He also said that if Greek-Cypriots “had listened” to Turkey, the Cyprus problem would have been resolved with the 2004 Annan plan.

According to him, Turkey had accepted everything but the Greek-Cypriots sold out.

“What did they promise at the referendum and what did they do? We said yes, they said no, they admitted them into the EU and they left us out,” Erdogan said.