Erdogan speaks with Trump, to visit Washington next week 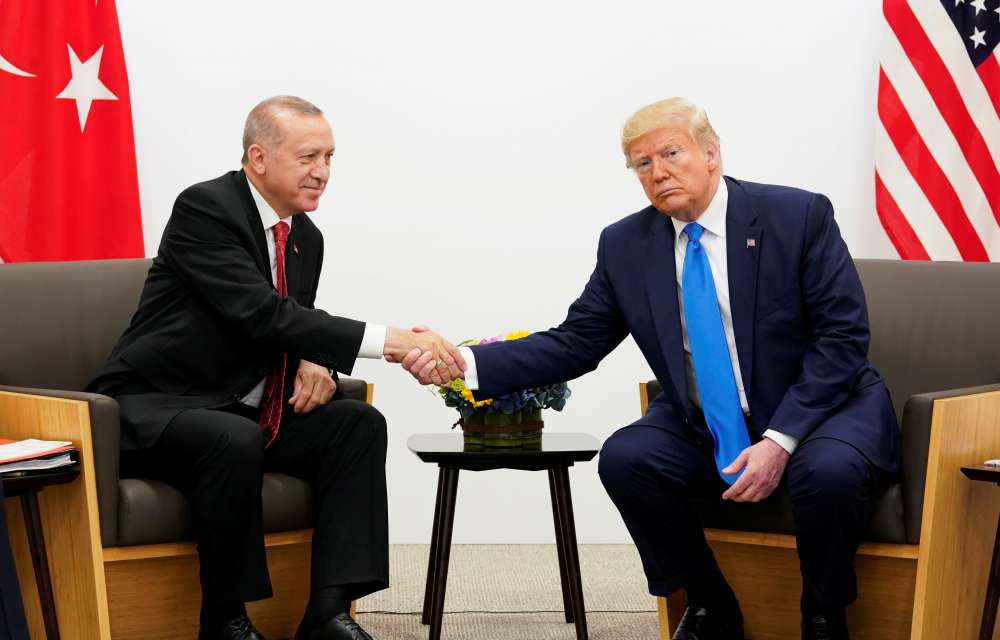 Turkish President Tayyip Erdogan spoke by phone with U.S. President Donald Trump on Wednesday and the two leaders reconfirmed they will meet in Washington on Nov. 13 at Trump’s invitation, Turkish officials said.

Earlier this week, three Turkish officials had said Erdogan might call off the visit in protest of votes in the U.S. House of Representatives to recognise mass killings of Armenians a century ago as genocide and to seek sanctions on Turkey.

However, officials on Wednesday said the visit would go ahead and that the two leaders had exchanged views on bilateral issues and regional developments during their phone call.

Turkish sources say Trump and Erdogan have a strong bond despite anger in Congress over Turkey‘s Syria offensive and its purchase of Russian air defences, and despite what Ankara sees as the U.S. president’s own erratic pronouncements.

Turkey has already been suspended from the F-35 fighter jet programme in which it was both joint producer and customer, and the offensive it launched against Kurdish forces in northeast Syria on Oct. 9 set the stage for further U.S. retaliation.