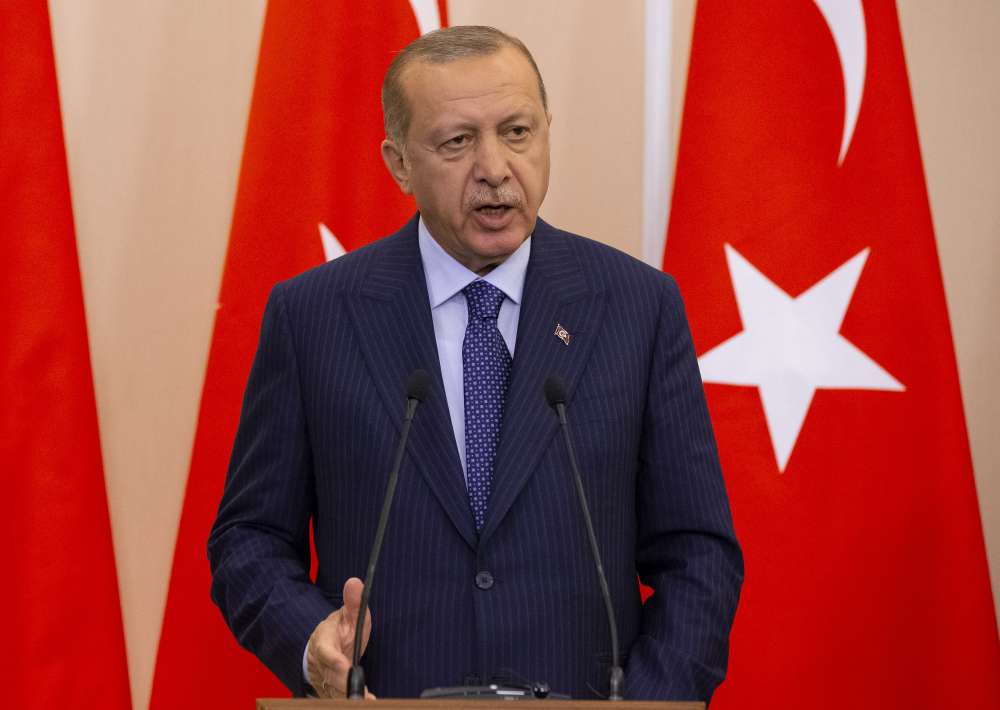 Turkey will not allow the exploitation of gas reserves in Turkish and Turkish-occupied north Cypriot waters of the eastern Mediterranean, President Tayyip Erdogan said on Sunday.

The eastern Mediterranean is believed to be rich in natural gas, and attempts to tap resources there have revived tensions between Turkey and Greece, which has a defence protection pact with the internationally recognised Greek Cypriot government.

Turkey and Cyprus have overlapping claims of marine jurisdiction and both plan to carry out exploratory drills this year. Ankara only has diplomatic relations with a breakaway Turkish Cypriot state in the north of the island that is not recognised by other countries.

Speaking at a ceremony to mark the delivery of a naval corvette and submarine, Erdogan said countries that thought they could operate in the east Mediterranean or Aegean seas without Ankara’s agreement were mistaken.

“We will not accept attempts to extract natural resources in our country, Cyprus or in the eastern Mediterranean,” Erdogan said.

Last month Turkey complained that a Greek frigate had harassed a Turkish exploration ship west of Cyprus. Greece denied the charge and Cyprus accused Turkey of stirring up tensions.

Breakaway north Cyprus, which is supported by Ankara, says any offshore wealth also belongs to its citizens, as partners in the establishment of the Cyprus republic in 1960.

By In Cyprus
Previous articleUpdate: Lofou-Agios Therapon fire under control
Next articleSaudi-backed forces advance towards Yemen’s Hodeidah as U.N. warns of famine