Erdogan says may seek coalition if fails to get majority 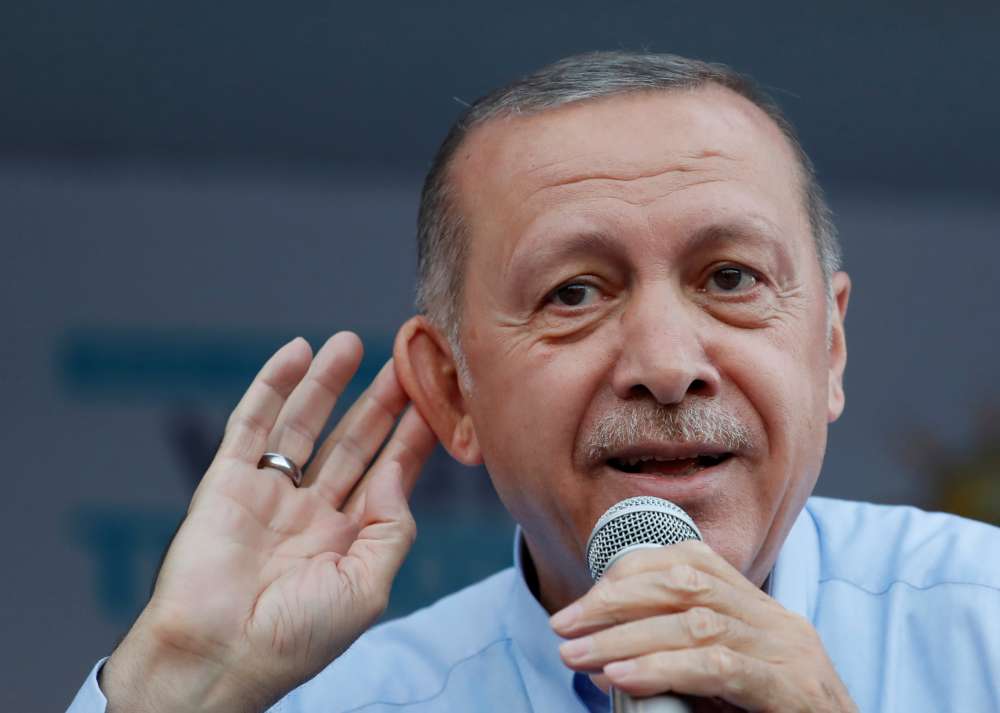 Turkish President Tayyip Erdogan said his ruling AK Party could seek to form a coalition if it fails to secure a parliamentary majority in Sunday’s elections, but said the prospect of this is “very, very low”.

Polls indicate the elections may be closer than anticipated when he called the snap elections in April, suggesting he may be pushed to a second-round run-off for the presidency, and his AKP could lose its majority in the 600-seat assembly.

“If it is under 300 (seats), then there could be a search for a coalition,” Erdogan said in an interview with the Kral FM radio station late on Wednesday.

He added that the probability of this was “very, very low”.

The Turkish lira, which has slumped more than 20 percent against the dollar this year, has extended losses over the last week on concern about the prospect of political uncertainty following the elections.

Investors fear political deadlock if the AK Party loses its majority in parliament as it would put a brake on Erdogan’s ability to exercise the powers of the new presidential system.

The AKP formed an alliance with the nationalist MHP before the elections, which will herald a switch to a new powerful executive presidency narrowly approved in a referendum last year.

Opposition parties also formed an alliance, which excluded the pro-Kurdish Peoples’ Democratic Party (HDP). If the HDP exceeds the 10 percent threshold of votes needed to enter parliament, it will be harder for the AKP to achieve a majority.

Under the constitutional changes going into effect after the elections, the number of lawmakers in parliament will increase to 600 from 550 currently.

The AKP has held a majority in parliament for nearly all its 15 years in power, only losing it in the June 2015 election. After parties failed to form a coalition then, Erdogan called a fresh election in November which restored the AKP majority.

MHP leader Devlet Bahceli said on Monday another election could be held if his alliance with the AKP cannot form a majority in parliament after Sunday’s vote.