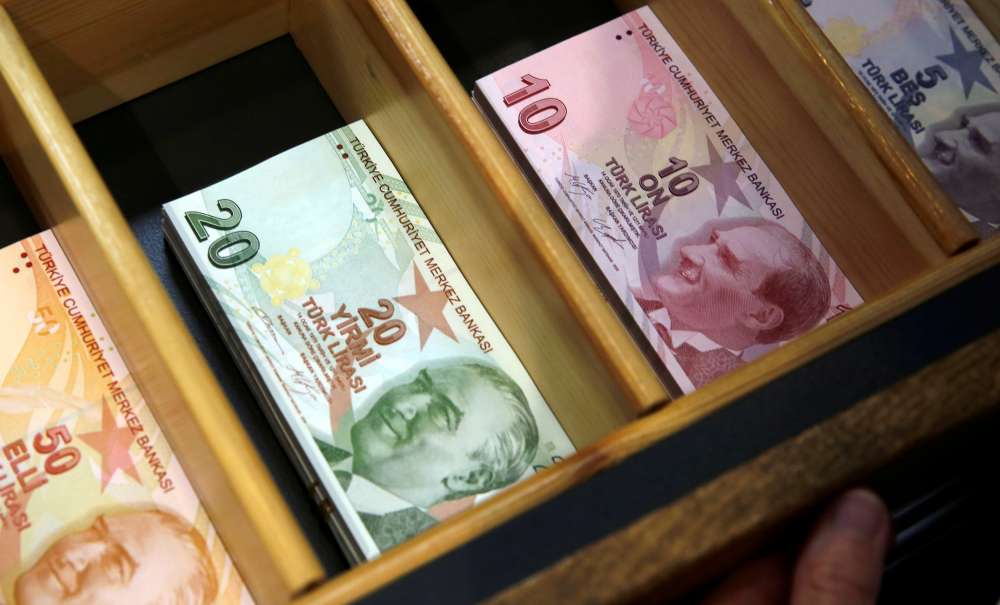 Turkish President Tayyip Erdogan urged the central bank on Tuesday to continue slashing interest rates, after it already cut by 1,000 points since July, saying both rates and inflation would hopefully hit single-digits next year.

Erdogan, who in July ousted the former central bank chief for not following instructions, was cited by broadcaster NTV as saying rates and inflation were on a path to desired levels “despite all the pressure” and would remain there permanently.

The comments suggest the central bank could push on with cuts into next year, which could again raise questions over its independence while also testing a recent stabilisation of the Turkish lira after last year’s currency crisis.

A month ago, the bank signalled that its easing cycle was drawing to an end, a message that allayed concerns among investors and economists that government pressure would push it to go too far and risk weakening the lira.

“Much depends on monetary policy credibility,” said Edward Parker, head of Fitch sovereign ratings for Turkey and the region.

Inflation “is extremely volatile in Turkey…and that is generally going to mean higher and more volatile interest rates and a more volatile exchange rate. That makes investing in local currency assets less attractive,” he told a conference in Istanbul last week.

Weeks after taking the reins this summer, new Central Bank Governor Murat Uysal began an aggressive easing cycle in response to a slide in inflation, which hit 8.5% last month but is expected to rebound this month.

The bank has cut its policy rate to 14% from 24% in less than four months, more than investors and economists expected even while the lira has remained relatively stable. The currency is down 8.5% this year after shedding nearly 30% last year.

Uysal said last month the bank had already “used a significant portion of the space” to ease policy. But Erdogan said there is more room to run.

“Despite all the pressure, interest rates and inflation in Turkey are on the path to desired levels. By triggering each other, inflation and interest rates will hopefully permanently fall to single digits in 2020,” NTV quoted Erdogan as telling reporters on a return flight from Qatar.

“When they hit single digits, the currency and economy in Turkey will be very different. Nobody should have any concerns about this,” he added.

Erdogan has repeated the view that lower rates bring down inflation, contrary to entrenched monetary theory.

He sharply criticised the former bank governor, Murat Cetinkaya, for hiking too aggressively during last year’s crisis that drove up inflation and brought on a recession.

The bank’s next policy decision is set for Dec. 12, at which traders expect at least a 100-point cut, according to swap market pricing.

Money market traders expect the rate to fall below 13% in the next three months, and toward 12% in six months time.