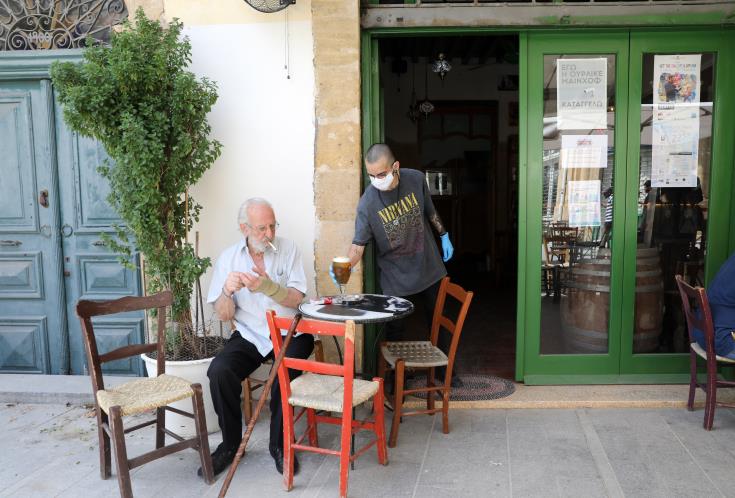 People must continue to be vigilant and to take all necessary protection measures against the coronavirus, member of the scientific team and professor of the microbiology and molecular virology of the University of Nicosia’s Medical School, Petros Karayiannis has told CNA, adding that incidents witnessed of people letting their guard down must stop.

Karayiannis condemned the incidents of many people crowding together in venues during the weekend, stressing that vigilance must be continuous.

He expressed concern over such behaviours which may have a negative effect.

“I hope after what everyone has said, the government, the epidemiologists, the police and local authorities, that certain people will realise that although measures have been relaxed we should not relax to an extent which would undermine everything that we have achieved so far,” he noted.

The situation must remain under control, he said.

He urged people to “continue to be vigilant because although it seems that we have rid our community from the virus, people who are infected are being repatriated in Cyprus.”

In the meantime, with airports resuming operations there is always the possibility that more cases will be reported. Therefore, it would be best to just have to deal with such cases rather than having to also deal with local transmissions, he said.

Asked whether it is expected that the resumption of operations of airports will mean that quite a few new cases will be reported, professor Karayiannis said that this is something no-one can predict.

Given that the countries from which we will receive the first tourists have the same or an even better epidemiological picture than us, I do not believe that a large number of cases will occur this way. But no-one can know when the first case will arise,” he added.

Therefore, he said, there must be random testing on people arriving so that we can monitor the situation.

Invited to comment on people not complying with the rule of self-isolation he said that this shows a particular irresponsibility, expressing the view that they do not seem to be aware of the degree to which they are endangering public health.

After the hard work and expense and lack of economic activity which went into the effort to contain the pandemic, with many businesses having had to halt operations for so long, certain people are behaving as if nothing is the matter, he said, adding he finds it “outrageous”.

Asked whether there will be lockdown if the situation deteriorates, Karayiannis spoke of targeted actions. It may not be a lockdown but a strict isolation, a quarantine under guard. It may be a neighbourhood or a business, he added.