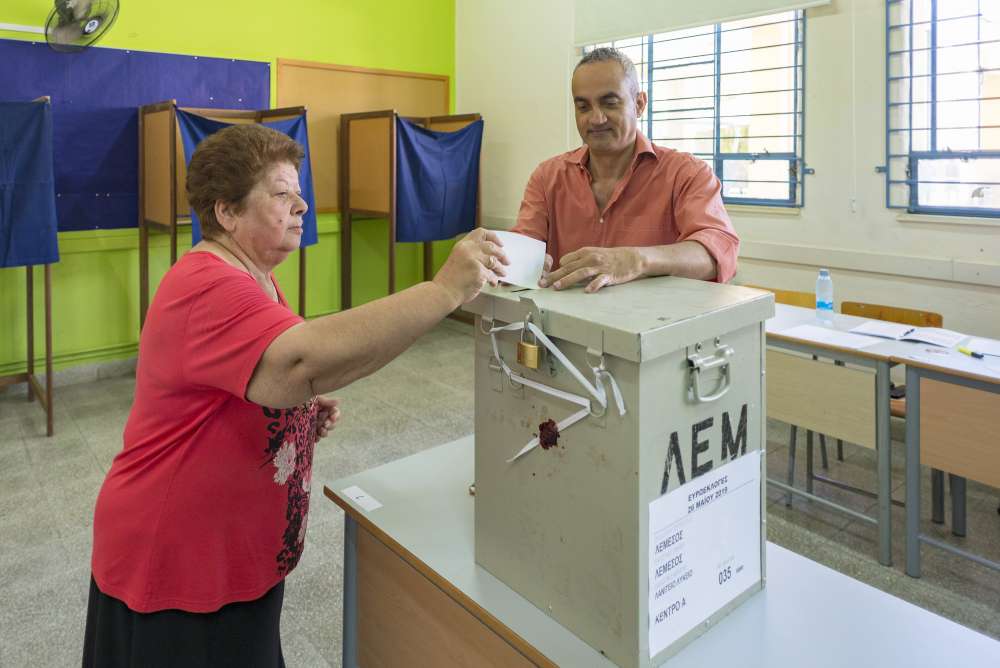 Turnout in voting for the European Parliament elections  at  5 pm is at 38.5%  marginally down on the 41% in the European elections of 2014, chief returning officer Kypros Kyprianou  said.

But he said that excluding the special polling stations set up for Turkish Cypriots living in areas not controlled by the Republic of  Cyprus, the participation rate is at 43% compared to 41% in 2014.

He said that a total of 241,420 voters from areas of the Republic of Cyprus had voted so far as have  5300 Turkish Cypriots. For Turkish Cypriots, the turnout is 6.55% so far – more than double the 3% at the same time in the 2014 European Parliament elections.

Polling stations opened at 7 am with a one hour break at 12 noon and are set to close at 6 pm. The chief returning officer can order an extension if there is an increased flow of voters, but he said that there were no indications that this could happen, adding that the polling stations will most probably close at 6.00 pm.