EP elections: The winners and losers 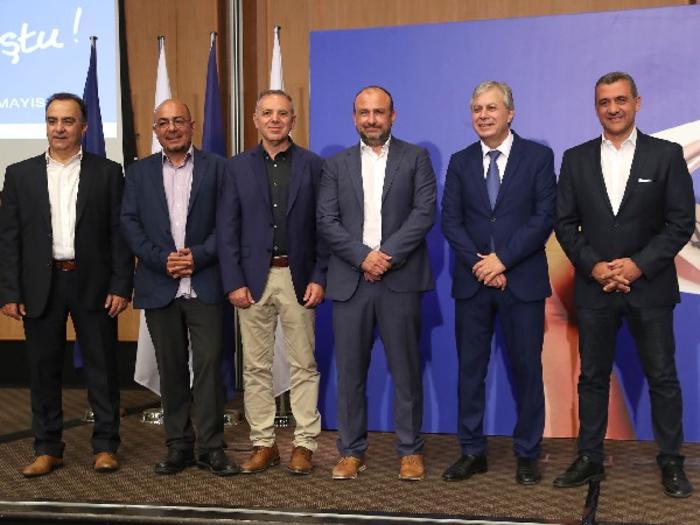 After a divisive campaign, Cyprus elected its six MEPs, sending the first Turkish Cypriot to the European Parliament and shutting out far right Elam to allow socialist Edek to retain its seat.

Abstention was a high 55.01%. And while political parties lamented the rise in the number of voters choosing to turn their backs on elections and promised action to revive interest,  nearly all found some reason to celebrate.

Final results were announced a little after midnight, effectively confirming exit polls issued with the end of voting at 6 .00 pm.

Disy and Akel both elected two MEPs, Diko and Edek clinched one seat each. Three of the MEPs — Lefteris Christoforou of Disy, Costas Mavrides of Diko and Demetris Papadakis of Edek were-re-elected.

There are three new faces — academic Niazi Kizilyurek, the first Turkish Cypriot elected to the European Parliament and MP Yiorgos Georgiou, elected on the Akel ticket as well as Disy’s Loukas Fourlas, a former journalist who secured the most preference votes  of all MEPs in his first electoral contest.

All six MEPs are men.

Most parties find some cause to celebrate.

Ruling Disy, which saw its strength plummet from 37.5% in 2014 to 29.02%, said that it had managed to remain the biggest party in six consecutive elections and despite a difficult electoral climate as the role of governing takes a toll.

Akel managed a small increase in its strength from 26.98% to 27.49%  and said it had achieved its two aims — to elect two MEPs and narrow the gap from ruling Disy. Moreover the party was able to bask in the success of putting a Turkish Cypriot on its ticket, a move it said showed its commitment to the reunification of Cyprus and sent a message to the rest of the world that Greek and Turkish Cypriots can live and work together.

Nearly three out of four of the more than 5000 Turkish Cypriots living in the areas not controlled in the Republic who participated in the elections voted for Kizilyurek.

Diko claimed victory noting that its strength had climbed to 13.80% from 10.83%, while acknowledging that its stronger showing was in part due to the participation of outgoing MEP Eleni Theocharous of Solidarity who failed to retain her seat.

Edek had the biggest reason to smile, as despite a battering in the opinion polls, it saw its share rise to 10.58% from 7.68% and retained its seat, propelled in part by tactical voters from other parties anxious to shut the door on far right Elam.

Despite failing to secure entry into the European Parliament, Elam was nevertheless able to point to a significantly stronger showing — the party received a share of 8.25% compared to 2.69% in 2014.

Dipa, the newly formed party of former Diko president Marios Garoyan, was pleased with its first electoral test. The 3.8% share it has gained puts it above the 3.6% threshold customarily applied to enable a party to participate in the National Council.

Winners and losers within the parties

Nicos Tornaritis, as parliamentary spokesman is third in line of ruling Disy, failed to secure election. Fourlas, a former journalist contesting his first election, emerged the most popular MEP — securing more preference votes that the party’s deputy president Lefteris Chrystoforou who was re-elected.

Another high profile candidate —  Neoclis Sylikiotis, a former Akel minister who sought re-election was another casualty as was Eleni Theocharous of Solidarity who ran on the Diko ticket but lost out to Mavrides.