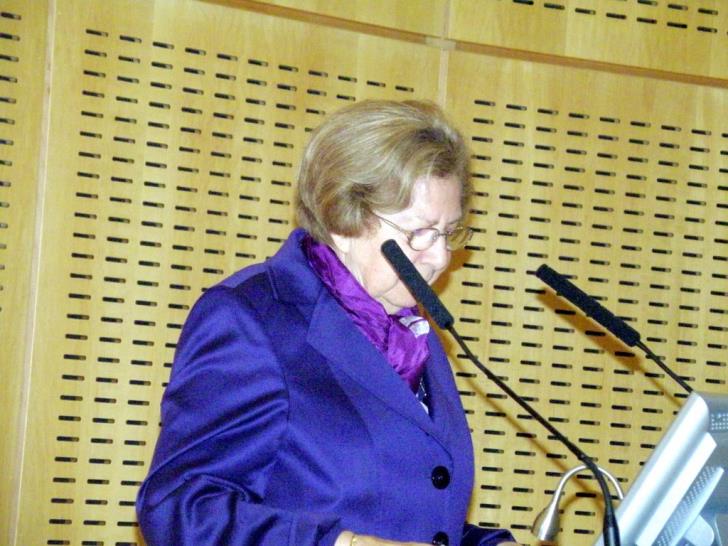 Eoka anti-colonial struggle fighter and former education minister Klairi Angelidou passed away on Thursday, the same day Cyprus marks the 66th anniversary of the uprising against the Brits.

The outspoken former minister who served in office between 1993-1997 as well as literary figure was 89 years old.

Details of her funeral will be announced later, Philenews reports.

Angelidou was born in Turkish-held Famagusta and educated at the School of Philosophy at the University of Athens. In 1955, she married Nicos Angelides with whom she had three sons.

She began her educational career as a teacher at a gymnasium in 1956, continuing until 1962, when she became assistant headmistress; she became headmistress in 1980 and remained in that position until 1991.

An honorary member of the International Women’s Association, she was also the Honourary President of the Cyprus Language Association and the Lions Club Arsinoe.

She was elected to the House of Representatives in 1991, two years later being named Minister of Education and Culture in which role she continued until 1997.

She had continued to be active in political affairs in retirement, and also published fourteen volumes of poetry and numerous works in a variety of other forms.

Her poetry has been translated into numerous languages, and set to music by prominent Cypriot composers.

By Annie Charalambous
Previous article“Athienou Lace – Yesterday-Today” film focuses on village’s famous craft
Next articleVaccination portal for 64 and above gets 8,600 appointments within an hour