Enzo’s case should be brought to court, Alexandros Clerides says 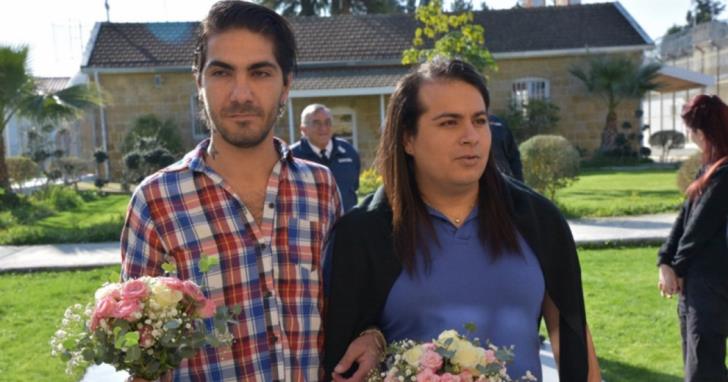 Alexandros Clerides, lawyer of the Association for the Protection of the Rights of Prisoners and Released Prisoners expressed the belief that Enzo’s deportation should have been brought before a court to decide on the correctness of the decree signed by the Minister of Interior Nikos Nouris.

At the same time, he clarifies the legal aspects and the rights deriving from the conclusion of a cohabitation agreement.

It is reminded that Enzo and his partner Kevork entered into a cohabitation agreement in the Central Prison in January.

Speaking to Philenews, Clerides initially said that the deportation decree appeared to have been issued on April 14 for one Cabrl Da Costa Wemson from Brazil.

Enzo was released from prison on August 5 most likely knowing about his deportation order like all those involved.

He also stressed that for unclear reasons, those involved in the case chose to not bring the case to court and proceeded to handle it differently instead.

However, from a legal point of view, Clerides clarified that family and economic situation as well as social and cultural integration of an individual in the Republic are basic criteria that are considered or should be considered before the issuance of such a Decree.

“In our view, as we have said, the only way to defend the rights of this person was before a court. Whether there is an opinion on whether the reason for deportation was correct or not, it should be mentioned that the only decision upheld so far is that of the Minister of Interior, which is expressed through the Decree”, he added.

Read more: First gay couple married in prison to be separated by way of deportation