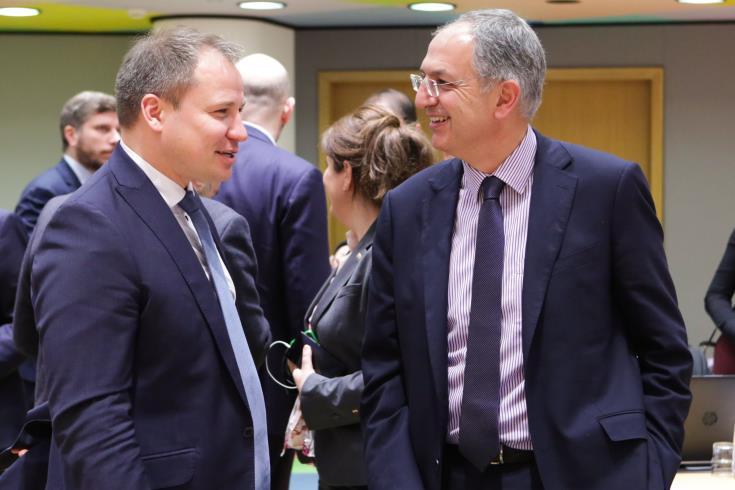 Climate change and the need for the EU to continue to be in the forefront of the international effort to address it, were discussed by the EU28 Environment Ministers meeting in Brussels, where the Republic of Cyprus was represented by the Minister of Agriculture, Rural Development and the Environment, Costas Kadis.

The Minister stated to the Press and Information Office (PIO) camera that, “a regulation has been discussed to curb emissions from heavy vehicles where Cyprus has supported the ambitious EU countries for further reductions in pollutants from these vehicles.” “The plan of a long-term strategy to reduce greenhouse gases is of particular importance,” said the Minister, stressing that the EU sets ambitious targets to help tackle climate change and at the same time “create jobs, contribute to the development of research and innovation and, more generally, the improvement of the quality of life of European citizens. ”

Costas Kadis noted that Cyprus also supports this initiative and is “ready as are the other countries to submit its own climate and energy action plan that will be in line with European policies and the Paris agreement.”

In his speech at the session, the Minister raised the need for cooperation at regional level, explaining that Cyprus` initiative in the eastern Mediterranean and the Middle East is also part of this.

The Minister also noted that the LIFE Regulation, which is a tool for implementing the EU`s environmental policy, is extremely important for Cyprus. However, he clarified that “there is a difference in the performance of the Member States,” noting that “Cyprus has called for and succeeded to include assistance for poorly-performing M-S to enable these states to get technical assistance to develop better and more competitive results.” He explained that this assistance would be provided with a high rate of co-financing by the EU and concluded by saying that Cyprus will have higher success rates and invest more resources for the implementation of EU environmental policies through the LIFE program.

Finally, the Minister said that strategic alliances were formed on the sidelines of the Council to promote Cyprus`s interests and the improvement of the environment of Cyprus and Europe more broadly.