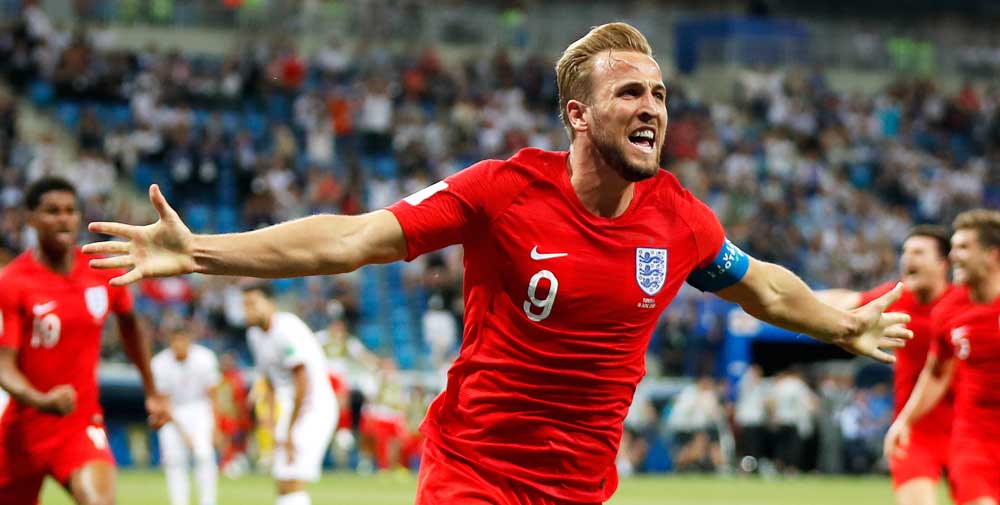 England was bright and eager from the start, bursting past the Tunisian defense time and time again to cut the ball back to onrushing attackers, coming close to a number of goals.

In the 11th minute their persistence paid off. John Stones’ towering header off a corner kick was saved wonderfully by Tunisian keeper Mouez Hassen, but Kane was lurking to put away the rebound. Hassen injured his shoulder on the save, and went off a few minutes later.

England continued marauding by what passed for Tunisia’s midfield, but were unable to find a second. And then, in the 33rd minute, disaster struck. Tunisia played a relatively harmless ball into England’s box, but Kyle Walker raked his arm across Fakhreddine Ben Youssef’s face, and referee Wilmar Roldan called the foul. Ferjani Sassi dispatched the subsequent penalty past a diving Jordan Pickford.

Tunisia was able to regroup, with a much more stout second half defense. The gaps between defenders that allowed through ball after through ball in the first half were closed, and England had many fewer dangerous chances, even though they moved everybody forward. Center back Harry Maguire popped up in the Tunisian penalty box during the run of play, and Walker played almost as a second wingback.

The game looked to be heading toward a draw, which would’ve been an incredibly fortunate result for Tunisia, when the Tottenham attacker showed once again that he’s one of the best strikers in the world.

In the first minute of stoppage time, Maguire met a Kieran Trippier corner kick and deflected it toward the back post. Once again Kane was in the right place and the right time, and replacement Farouk Ben Mustapha could only watch helplessly as the ball sailed by.

England was by far the better team — Tunisia’s only shot on goal was the penalty — and deserved the win, which would’ve made a draw all the worse. Instead, they Lions can take delight in how fluid Raheem Sterling, Dele Alli and Jesse Lindgard looked up front, and how a nagging ankle injury didn’t seem to slow Kane down.