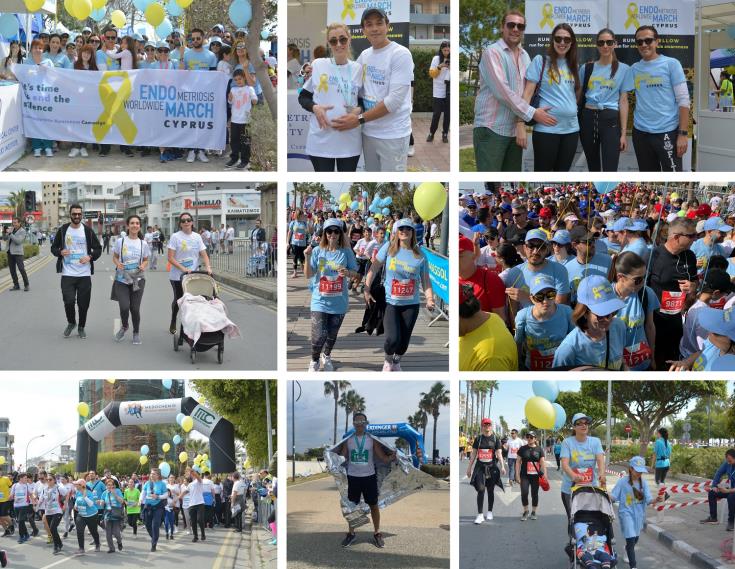 Endometriosis affects one in ten women of reproductive age (15-49), EndoTeam Cyprus said in announcement on occasion of the worldwide campaign to raise awareness for the condition.

Cyprus along with 60 other countries participated in this year’s EndoMarch which took place on February 24 as part of the Nicosia Marathon and March 23, as part of the Limassol Marathon.

Gynecologist-obstetrician Andreas Stavroulis participated and completed both marathons, for this purpose.

During the two marathons, EndoTeam conducted awareness campaigns and handed out informational brochures.

According to EndoTeam, many citizens among which artists and athletes supported Endomarch Cyprus 2019 and participated in a social media campaigns to promote it.

Endometriosis is a condition in which cells similar to those in the endometrium, the layer of tissue that normally covers the inside of the uterus, grow outside of it.

The main symptoms are pelvic pain and infertility. Nearly half of those affected have chronic pelvic pain, while in 70% pain occurs during menstruation. Pain during sexual intercourse is also common.

Endometriosis can have both social and psychological effects.

Risk factors include having a family history of the condition. The areas of endometriosis bleed each month, resulting in inflammation and scarring.

Diagnosis is usually based on symptoms in combination with medical imaging, however, biopsy is the surest method of diagnosis. Other causes of similar symptoms include pelvic inflammatory disease, irritable bowel syndrome, interstitial cystitis, and fibromyalgia.