Employment mentorship workshops for refugees by the European University 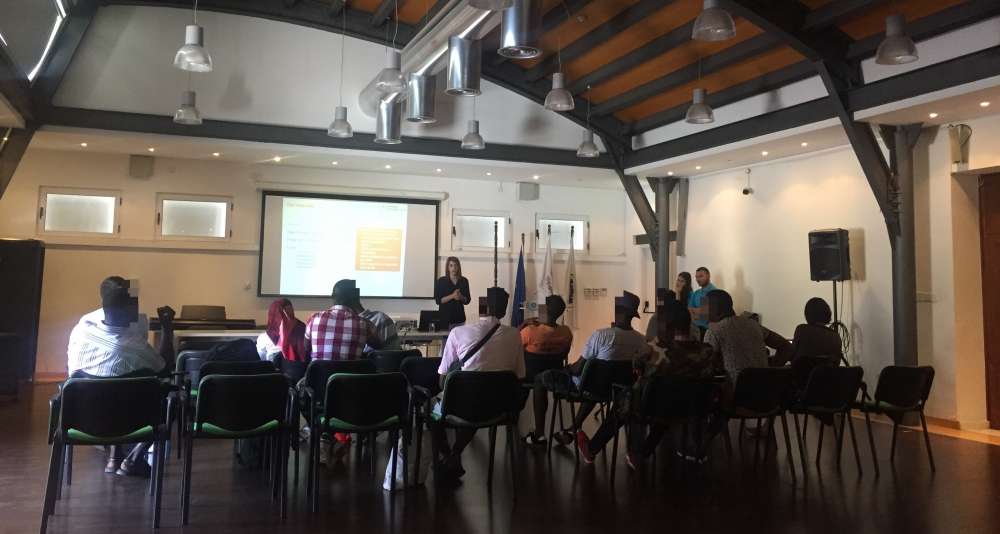 The European University of Nicosia organised a workshop for refugees and asylum-seekers took place on Thursday at the market of Pallouriotissa in Nicosia.

The workshop named “Getting ready for the job-market and job opportunities” was organised under the Occupational Therapy Programme of the European University, launched last February with the overarching aim of facilitating their integration in the local society.

With employment being a key factor to the refugee integration process, a series of workshops have taken place under the programme aiming at enhancing refugees’ professional skills and prospects of employment.

The workshop on Thursday focused on the process of applying for a job, covering a wide range of themes, such as preparation of a CV, to tips on how to prepare for an interview, how to behave during – as well as after – the interview.

Facilitated by Andri Stylianou, the Career Advisor of the Office of Student Affairs of the University, young refugees and asylum-seekers from Africa and the Middle East who attended the workshop had the opportunity to share their experiences, and discuss ways to overcome barriers they’re facing in finding employment.

“I do this presentation to all of my students, many of whom are non-Cypriots. These are common rules and principles that you can adapt depending on your background and the work you are looking for,” Ms. Stylianou said. “I understand that many of you are allowed to work only in low-skilled jobs where you may not be required to submit a CV or attend an interview and you may just be asked to go to work the following day. Yet some of you have a tertiary education background and while you’re currently allowed to work in limited areas of the economy, you may be able to transfer this knowledge at some point in the future.”

Participants had the chance to discuss issues relating to their particular circumstances, such as legal and policy restrictions in their working rights, or their feelings that they’re not accepted in jobs because of not being accepted for who they are, due to their status, religion or colour. A young lady, a refugee from Somalia, who had attended an interview some time ago, had already submitted all the relevant documents and wanted advice on what to do next as she had received no answer from the potential employer.

A young asylum-seeker from Cameroon, an electrical engineer, was called for an interview for an outdoor cleaning job, only to be told that he had no experience in cleaning. Likewise, others had been more than often refused a job on grounds that they don’t know the language, even if the jobs are practical by nature and language is not so relevant. Extreme cases, such as going to the interview and being immediately asked to leave without the interview taking place, were also mentioned.

Stylianou acknowledged that certain hurdles the participants are faced with relate to perceptions and culture, and that while these cannot be changed overnight, she urged them to always adhere to certain basic rules.

“At the interview always show professionalism and politeness. Be upfront and to the point and do have in mind that many Cypriot employers are not clear as to whether they are legally allowed to employ you or not. Thus, address straight away this concern – say your name where you are from and immediately emphasize that you are allowed to work by showing the relevant documentation and explaining your status.”

As a last but not least piece of advice, she encouraged them not to lose hope, and persevere despite all hardships they may be faced with.

“Read about the job market in Cyprus, get seasonal jobs to gain as much experience and networking as you can get, and at the end you may get where you want to be. Expand your knowledge through a diversity of online free programmes; make friends and learn the language, the customs and mentality of the new country and adapt to the new environment without changing who you are. That could get you the next offer.”

More information regarding the employment rights of refugees and asylum-seekers can be found on UNHCR’s HELP platform and HelpRefugeesWork online platform.