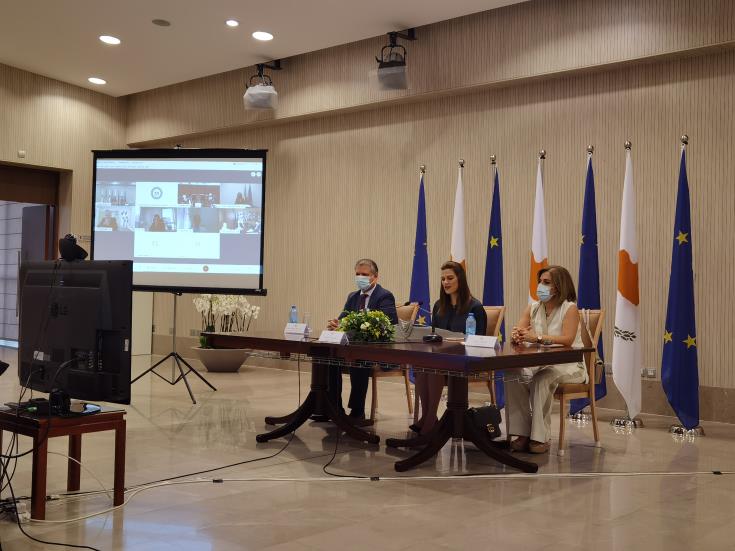 The House Foreign Affairs Committee on Tuesday decided to speed up the ratification of the Intergovernmental Agreement on the Statute of the East Mediterranean Gas Forum (EMGF). That’s why they will put it to the vote before Thursday’s plenum.

The Committee urgently reviewed the EMGF Agreement in the presence of Energy Minister Natasa Pilides who told CNA the Forum is of particular importance concerning the geopolitical role of Cyprus in the Eastern Mediterranean.

But it also concerns the practical aspects of the region’s exploitation of natural gas.

At the same time, the EU, the United States, the United Arab Emirates and Russia have expressed strong interest to obtain observer status, the Minister said.

The Minister explained that the Forum also promotes technical and commercial cooperation on the issue of natural gas, and to this end has established committees in which companies operating in the region participate.

Pilides also said that, so far, the Palestinian Authority, Egypt, Jordan and Israel have ratified the agreement while in Greece, Cyprus and Italy the procedures for ratification are underway.

She also stressed the importance for Cyprus to ratify the law the soonest possible since a teleconference of the founding members of the Organization will take place early in February.

Asked to comment on a media report that Israeli Minister of Energy Yuval Steinitz said he would have liked to see Turkey participate in the Forum, Pilides said the it is open to all countries in the region that may want to become members.

But in accordance with its principles which have to do with respect for the rights of member states regarding natural gas resources as well as respect for international law and that of the sea.

She also said Cyprus would also like to see Turkey participating, given the country would be ready to take part under these conditions.

At the same time, Pilides said that talks are also progressing at a trilateral level and that on 28 January she will have a  teleconference with her counterparts of Greece and Israel, to discuss the planning of the projects of common interest, which as she said remains the same.

On his part the President of the Parliamentary Committee on Foreign Affairs Yiorgos Lillikas said that he called for the bill to be considered urgent, as the first meeting of the founding members who have ratified the agreement will take place in early February. He also said that all members of the parliamentary Committee agreed on the need for the law to be ratified.

Lillikas spoke about a substantial and important development, which, as he said, is related to the work that has been produced so far through the various tripartite collaborations with the countries of the region.

At the same time, he added that it would be good for Lebanon and Syria to also participate in this Forum and that the Republic of Cyprus must play a bridging role to that end, as it maintains excellent relations with all of its neighbours.

By Annie Charalambous
Previous articleRain on the way all across Cyprus, snow on Troodos mountain
Next articleTurkey bans parties at ski resorts after Covid curfew backlash