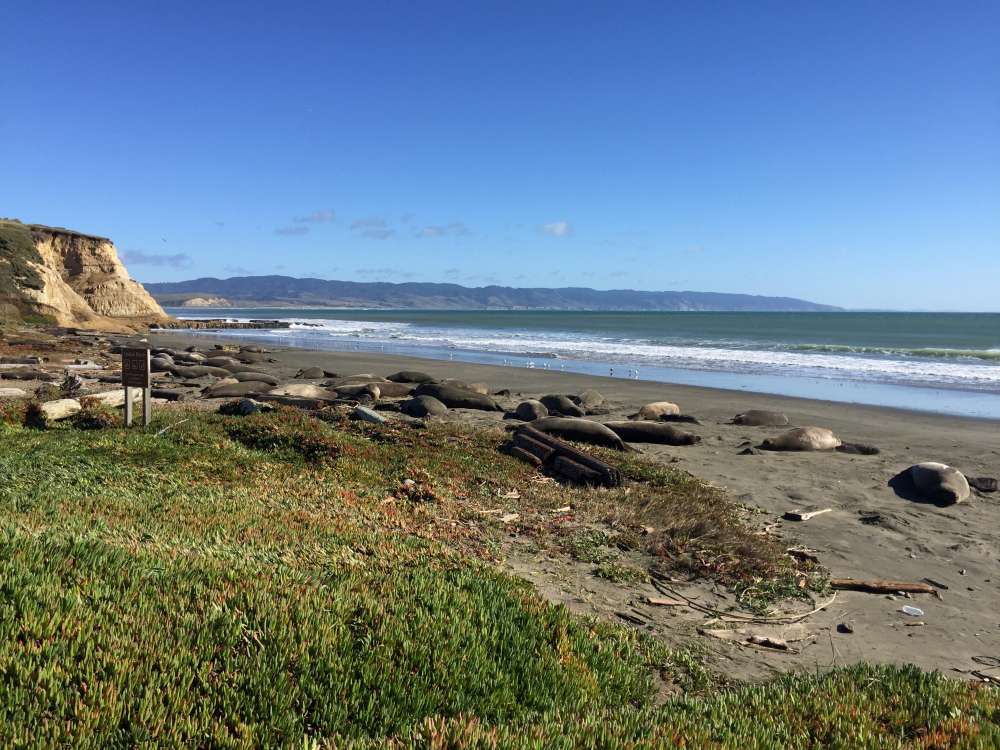 A herd of elephant seals took over a popular California beach while it was closed during the federal government shutdown and the animals show no sign of wanting to leave.

A storm and high tides inundated the seals’ usual habitat about 32 miles (51.5 km) northwest of San Francisco, encouraging them to seek safe haven nearby.

“Since Drakes Beach was closed during part of the shutdown, and there were no Park Rangers and no members of the public, that aided in the colonisation of the beach,” said John Dell’Osso, a spokesman for Point Reyes National Seashore park, where Drakes Beach is located.

Females have given birth to more than 35 pups in the last two weeks, swelling the herd’s size to around 100.

Two bull seals, which can weigh up to 2.5 tons, knocked down a fence and moved into the beach parking lot, using the visitors center’s wheelchair access ramp to lounge on, Dell’Osso said.

Though the park reopened on Sunday, the road to the beach, and its car park, have remained closed while rangers work out how to mix humans and seals.

Rangers plan to start allowing small groups of visitors to go to the beach this weekend to view the seals from around 30-40 yards (27-37 meters) away, Dell’Osso said.

The herd is part of the area’s growing elephant seal population, which currently numbers between 1,500 and 2,000.

Hunted to the point of extinction for their oil-rich blubber, the seals have made a comeback since the early 20th century and now number an estimated 150,000 worldwide.

The animals usually only come on land to give birth, breed and moult. They spend most of their lives in the open ocean feeding.

The Drakes Beach seals are likely to stick around until April when the pups will be weaned from their mothers. At that point, Dell’Oso expects them to leave of their own accord.

And if they come back?

“We haven’t put our heads around the long-term issue with these seals yet,” said Dell’Osso.