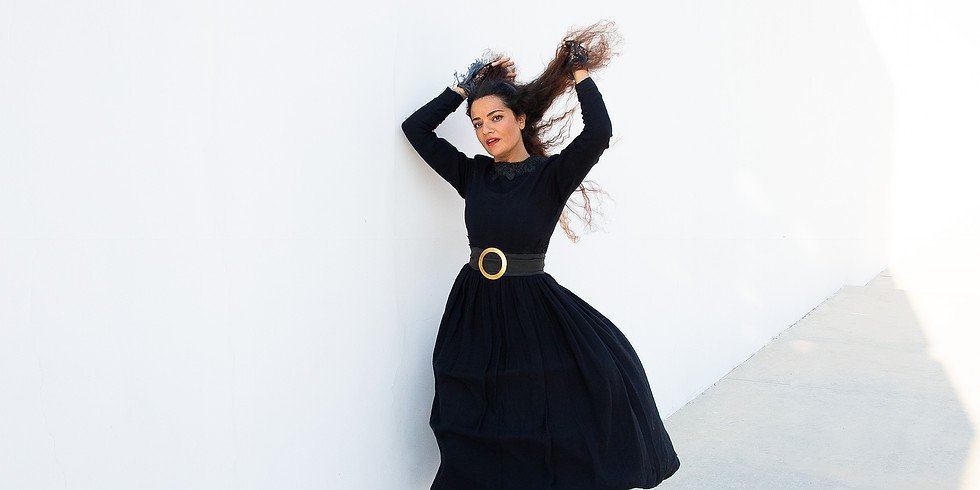 Two talented and special Cypriot musicians, Eleni Era and Freedom Candlemaker (Lefteris Moumtzis) are coming for one and only concert in Paphos, at Technopolis, 20′ garden.

Eleni Era lives in Berlin more than 10 years now and she is a classical music pianist. She participated in a number of concerts, amongst others in venues such as the Konzerthaus Berlin and the Kammersaal der Philharmonie. Additionally, she has been the conductor of the Berlin Girls Choir.

Eleni Era’s songs are the washing away of layers of stinging festers, an antidote available only via prescription signed by the ego. Following her collection of pop deviations on her 2019 debut album, Rise Love, Eleni Era plunges deep into an overdue appointment with her soul in her sophomore album, Younger Heart to gain insight that transcends from the glowing embers of the heart, in through the fingertips, and out onto the piano.

The songstress writes dreamy pop merged with baroque drifts and cushioned with the sonic luminosity of her electric-acoustic orchestrations. Eleni Era’s first single ‘Who You Are’ features murky piano vamps cupped in a melancholic opulence and poise as Eleni Era uncovers the necessity to anchor in self-acceptance. She explains, “Everything you look for is in you and has been there all along. If you finally see yourself with unconditional love – well, that’s who you are.”

Raised in the invigorating stillness of a small Cypriot village before moving to Berlin at eighteen to study classical voice and piano, Eleni Era has an infallible knack for translating selfcare into the aural elixir that is her lyric and songwriting. Her first album Rise Love followed solo live videos showcasing stripped-down cuts of the album’s songs. Using both English and her native Greek tongue, the songwriter builds on themes of empowered compassion in Younger Heart (out on 31 March 2020) by way of equanimous ballads, psychedelic chamber pop, and nostalgic vintage gospel infusions.

At a time of stasis in the world, Younger Heart’s release proclaims the significance of transformative healing and to seek to rise like a phoenix.

At Technopolis 20, in at atmospheric live set, Eleni will present tracks from her two albums singing and playing the piano, and she will be accompanied by Lefteris Moumtzis on guitar, keys and vocals, while they will also perform some works of Lefteris.

*Lefteris Moumtzis is a Cypriot musician, composer and producer, living in Lefkosia, Cyprus. Apart from his solo releases, and various collaborations, he is the founder of the independent record label Louvana Records and the artistic director of Fengaros Music Festival, Music Village Fengaros and Lefkosia Loop Festival. Lefteris’ musical journey began at the age of six when he started learning the piano. At the age of fourteen he started taking saxophone lessons, and shortly after he joined his sister’s rock band playing the piano and later on as a singer. During his obligatory service in the Cyprus army at the age of eighteen he taught himself how to play the guitar, the bass and the drums and he realised that music was his path. He studied music in Boston, Massachussetts and later on in Birmingham UK, eventually moving for several years in London, UK, where he formed various bands like Masters of Disguise and Trio Tekke, and organised his own music nights in South London. Upon his return to Cyprus he founded Louvana Records, with Andreas Trachonitis. He has worked as a teacher, producer, music journalist, radio producer and theatre composer. https://www.moumtzis.com/

When Friday, September 3 at 8pm

By Lisa Liberti
Previous articleMan, 25, dies after his motorcycle crashes into garbage truck
Next articleMan, 61, charged in suspicious suitcase outside Presidential Palace case