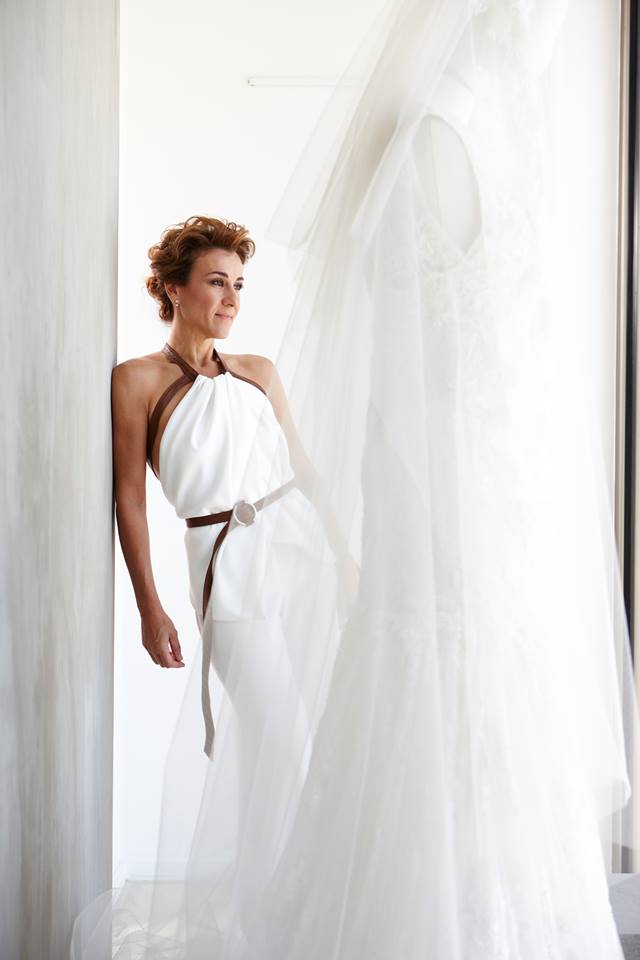 Elena was born in Nicosia, Cyprus in 1970. At the age of 17 years, she left Cyprus to study fashion design at St. Martin`s College and then Cheltenham`s College of Art. After she graduated she worked for two years with Mark Boham for the Hartnell`s House of Haute Couture In London.

She returned to Cyprus in 1991 and established her own company under her own label, ES – ELENA STRONGYLIOTOU, creating wedding and evening gowns with her unique style; modern yet luxuriously elegant and attention to detail, she managed to set herself apart, identified as a serious haute couturier. In 2005 she participated with huge success at the “SPOSA ITALIA COLLEZIONI” exhibition in Milan. Elena was awarded woman of the year in the category Fashion Designer of the year, in 2006 by the readers of Madame Figaro magazine in Cyprus. In both consecutive years, 2006 & 2007 she made a huge contribution to the Breast Cancer Awareness Campaign by designing the official t-shirt and all the proceeds went to Europa Donna Cyprus.

In April of 2007 Elena created her first Pret a porter collection, presented by Mercedes Benz, “APO ASPRO SE MAVRO”, “FROM WHITE TO BLACK” of dresses and presented them by organising the first of its kind fashion show in Cyprus that took place in a timber warehouse. The response from the media was overwhelming; “It is the first fashion show in our country of such professionalism and of such high standard” as it was characterised.

In December 2007 and January 2008, amongst a few other fashion designers, she participated with samples of her work for the “Ενδύεσθαι” exhibition organised by the Evagora & Kathleen Laniti Foundation .

The same year she was one of the four designers that won the “Coca Cola Light” competition. Her winning design will circulate in the market on the “coca cola light selective can” from June 2008 to October 2008.

In April 2008 she showed her third Pret a porter summer 2008 collection, “METAMORPHOSIS” presented by Mercedes Benz. Elena pioneered once again organising a fashion show in the municipality`s market place in the old town of Nicosia. The metamorphosis from a basic market place into a glamorous fashion event was astonishing.

In October 2008, she participates for the first time at the 8th Hellenic Fashion Week showing her Spring/Summer 2009 collection “RELEASE”. The same month she also participates at the 2nd Cyprus Fashion Week.

In March 2009 she participated at the “Tranoi Femme” show in Paris showing her Fall/Winter 2010 collection left the best comments and impressions.

In 2012 the exhibition “Beyond Dress Codes” was organised by the Cultural Centre of the Laiki Bank in which world famous designers (as Gelliano and Gaultier) took part. It was an exhibition from Traditional Costumes to Contemporary fashion and Elena presented a wedding dress inspired by the traditional “Lefkara Lace”. The exhibition was also presented to the Louvre, Paris.

In the last few years, Elena designed and created several items, namely: a bag, a scarf and a doll, all of them to be sold in auctions organised by the charitable organisation “Sofia Foundation for Children”.

In 2016 she was asked to design the dress of Cinderella for the “Museum of fairytales” situated in the old town of Nicosia.