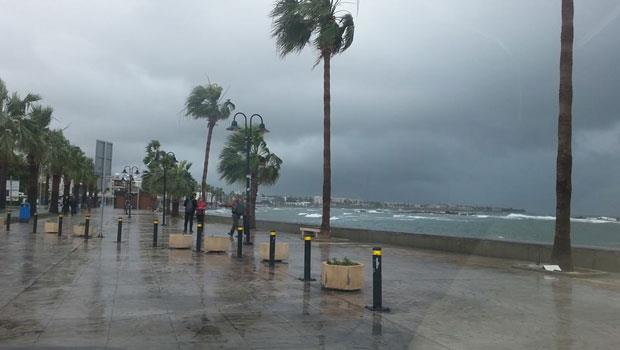 But heavy rain also fell in other districts with fire services called in a trapped driver in Nicosia.

Road crews worked to clear a road at Kouklia from a fallen tree, while strong winds ripped the roof off a house in Stavrokonos.

The fire service received five calls to deal with flooded streets and basements and fallen trees in Paphos.

There was heavy rain in  Limassol, Larnaca and free Famagusta districts.

There were a few uprooted trees in Dromolaxia while the corrugated metal roof was ripped off near Ayios Lazaros in Larnaca.

In Nicosia, the fire service were called to free a trapped driver from a car after the road flooded in Kaimakli after water reached the car window. Fire services also helped with two other cars.