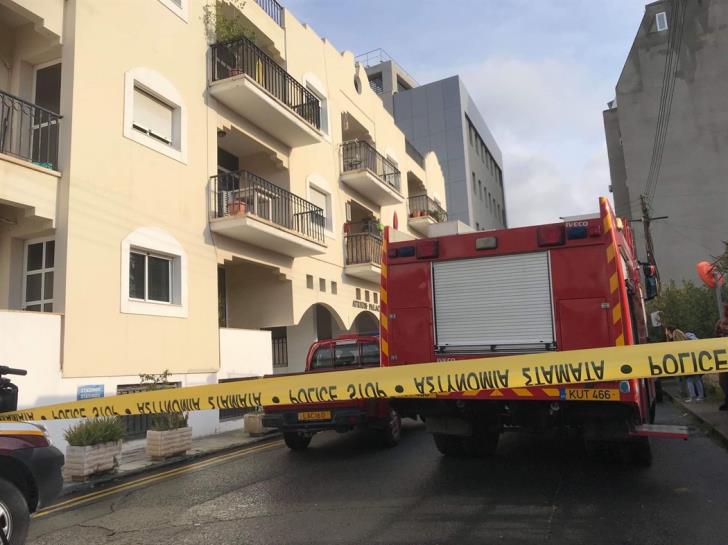 An elderly woman is in hospital with respiratory problems from fumes as a result of a fire at a car parked in the basement of a central Limassol apartment block.

A Limassol police spokesman said the fire service was called to the scene at 7.25 am to respond to a fire. One car in the basement of the Stasinou Avenue building was on fire and the fire had spread to two other vehicles.

With the assistance of police the 60 or so residents and their pets living in the 20 apartments were evacuated, he added.

A person who was sleeping in a room in the basement that appears to have been built afterwards and may be illegal  was in danger and was saved, he added.

Police and the fire service are investigating.

By In Cyprus
Previous articleRights of Britons in Cyprus will be safeguarded in case of no deal Brexit – Cyprus FM
Next articleDamage to crops after hailstorms, rain in free Famagusta area (pictures+video)