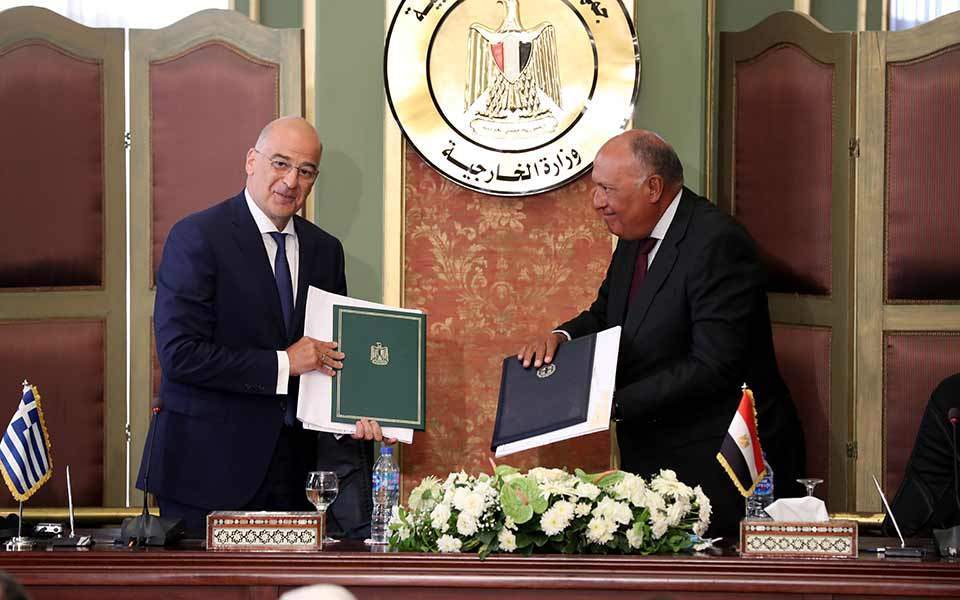 The Egyptian parliament during a plenary session on Tuesday evening, approved the agreement demarcating maritime borders with Greece.

“The riches of the Mediterranean have pushed some to act provocatively in the territorial waters and the economic zones related to certain countries,” Egyptian Parliament Speaker Ali Abdel Aal said.

The report prepared by the competent parliamentary committee states that its members approved the agreement after first making sure that it complies with the constitutional and legal provisions of Egypt.

The Egypt-Greece deal has established “partial demarcation of the sea boundaries between the two countries, and that the remaining demarcation would be achieved through consultations,” local media reported.

Ali Abdel Aal also called the deal “very significant” and said it is “in line with international law.”

On Monday, it was the Egyptian Parliament’s Committee on Legislative and Constitutional Affairs that approved the agreement signed on August 6 in Cairo by Foreign Minister Nikos Dendias and his Egyptian counterpart, Sameh Soukri.

“This agreement shuts the door on all those who are trying to explore the East Mediterranean in a provocative way,” Ali Abdel Aal added.

Following the ratification, the agreement needs to be signed by Egyptian President Abdel Fattah Al Sisi.

Ratification by the Greek Parliament is pending.

By Annie Charalambous
Previous articleSterling at highest since December 2019 versus weaker dollar
Next articlePolice fine 12 establishments, 9 persons for covid-related violations