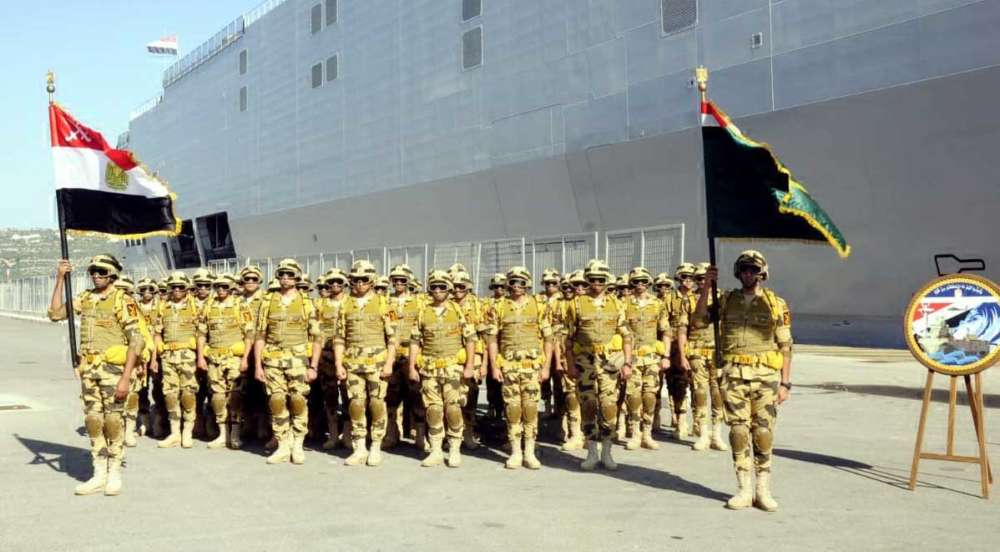 The Medusa 9 training exercise involving the Egyptian, Greek and Cypriot armed forces began in the Mediterranean on Sunday, within the framework of the annual plan of joint exercises carried out by the Egyptian armed forces to promote and support military cooperation with brotherly and friendly countries.
According to a statement issued by Egyptian armed forces spokesman on Sunday, the multi-day military training sees the participation of Egyptian, Greek, and Cypriot naval and air forces, as well as special forces.

In addition, elements of the Egyptian paratroopers and commandos, as well as a number of Navy College students will participate in the external training camp.

The training aims at polishing the skills of officers participating in various naval operations, exchanging combat and field expertise, improving readiness to carry out any joint tasks under different circumstances, and protecting the vital and economic targets in the Mediterranean against any potential threats.

The statement added that the drills come in light of the growing partnership and military cooperation between the Egyptian armed forces and brotherly countries, in addition to showing the combat capability and the high level of training to meet the growing challenges in the Mediterranean region.

Police have made a fourth arrest in connection with 72 kilos of cannabis that was discovered in a Limassol warehouse last week. Three men aged...
Read more
World

Civil unrest flared and curfews were imposed in several major U.S. cities on Saturday as demonstrators took to the streets to vent outrage at...
Read more
Local

The weak low pressure that is affecting the area is receding and light dust is possible in the atmosphere tomorrow and Tuesday, the Met...
Read more

Police have made a fourth arrest in connection with 72 kilos of cannabis that was discovered in a Limassol warehouse last week. Three men aged...
Read more
Local

The weak low pressure that is affecting the area is receding and light dust is possible in the atmosphere tomorrow and Tuesday, the Met...
Read more
Local

Police have found jewellery, watches and other valuables in the possession of a 22 year old and a 15 year old who are under...
Read more
Local

One person has tested positive for coronavirus from a total of 2061 tests, the Health Ministry said on Saturday, bringing the total since the...
Read more