Egypt and Cyprus FMs have telephone conversation about Libya 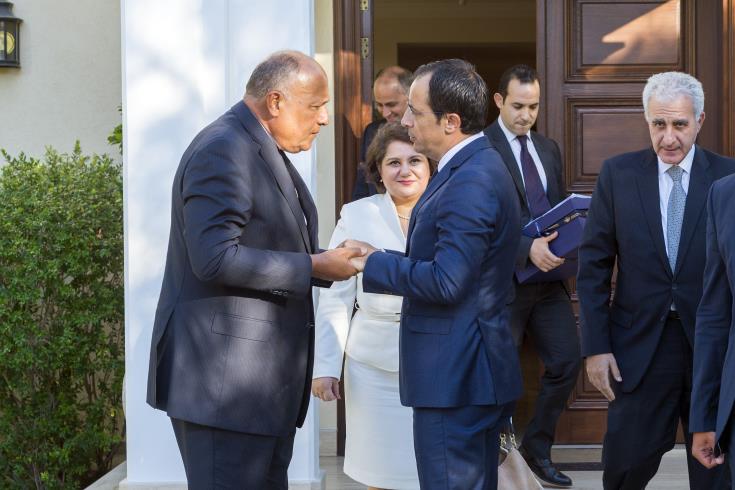 The same announcement says that Shoukri also spoke on the phone with his counterparts from Greece, Saudi Arabia and the UAE, as well as with the US National Security Advisor Robert C. O`Brien.

Shoukry discussed with his counterparts the escalation of Turkish activities concerning Libya, it is added.

It is also noted that Foreign Ministers are in agreement about the dangerous repercussions of the latest developments, following Turkey’s decision to send troops to Libya, affecting Arab national security, as well as the security in the Mediterranean and the whole region, the Egyptian MFA notes.

Turkey’s decision to send troops to Libya was also discussed between Shoukry and O`Brien, with the Egyptian top diplomat saying that it comprises a dangerous escalation threatening peace and stability while complicating the situation in Libya further.

By In Cyprus
Previous articleHouse Speaker travels to Ottawa for 25th Conference of the Speakers and Presiding Officers of the Commonwealth
Next articleGovernment spokesman: Italy now expected to co-sign EastMed agreement