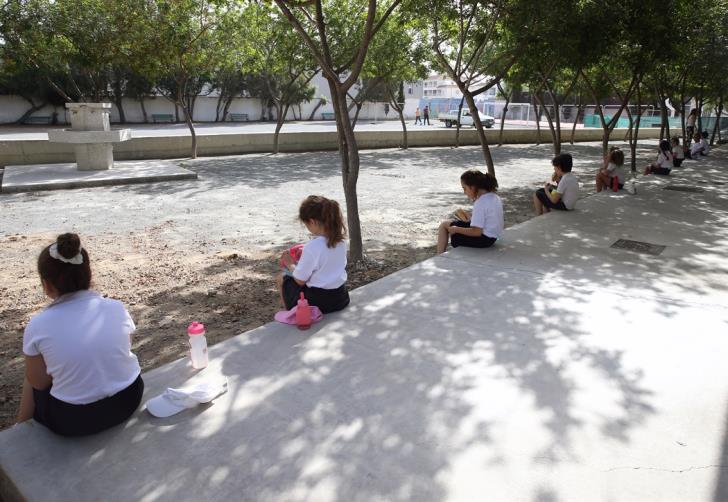 The Education Ministry was heavily criticised on Thursday following its decision for non-return to classes in primary and lower secondary schools with their peers of children with disabilities, health problems and children accompanied by school aides, Phileleftheros reports.

The decision was taken on Wednesday in collaboration with the Health Ministry, less than a day before pupils were due to go back to school, and stipulates that pupils with disabilities should first be evaluated by a special committee of doctors who would decide whether they should go to class or not and advise on additional safety measures required.

The move was slammed by the disabled children’s parents, teachers, the Commissioner for Children’s Rights as well as political parties, who said that the decision is discriminatory and called on the Education Ministry to review it imminently.

Criticisms multiplied when the team of health experts advising the government refuted later in the day that it was by their recommendation that the decision was taken, clarifying that the issue of Special Education was never included in their discussions agenda.

Parents took to social media to share their views, while they also organised a protest this morning at 9 am outside the Education Ministry building in Nicosia.

Teachers also voiced their disapproval through Facebook, with one saying that “these children have been left out by the system for no good reason.”

Philenews also mentioned a televised incident yesterday of a father to a pupil with autism who arrived at the school only to be told that his child could not be dropped off for class.

Asked to comment on the reactions to his Ministry’s decision, Education Minister Prodromos Prodromou said yesterday that “no one said that Special Education children can’t go to school. It has been found, as experts have pointed out to us, that in many cases special protective measures are required. These are children who cannot take care of themselves, but there are many different cases, classifications. The situation will clarify in the coming days. These children belong in school. But schools need to be able to welcome them responsibly, taking increased protective measures as and when required.”

Reactions continued throughout the day with the Education Ministry issuing an announcement in the afternoon saying that “reactions and criticisms that have been expressed ignore a very basic parameter. An essential health rule in schools is to maintain a distance of two meters. If, as some critics have argued, we were to allow these children to go back, in many cases this rule could not be followed and the safety and health of the children themselves would be at risk.”

Speaking on Alpha TV, government spokesman Kyriacos Koushos admitted that the last-minute decision has upset and created problems for families with disabled children and said that the government takes responsibility for it.

Koushos admitted that there was poor coordination in the matter, but played down its gravity saying that “the intention was to protect children who belong in vulnerable groups or who face various health problems.”

Commissioner for Children’s Rights Despo Michaelidou said that the content of the Education Ministry’s announcement is ‘unacceptable’ and called on the Ministry to reevaluate it and ensure the return to school imminently of children with disabilities “in a non-discriminatory framework, adhering to all hygiene protocols and with all required guarantees for a safe and uninterrupted attendance and taking into account the framework and instructions put together and that concern all children.”

Michaelidou said that the announcement brings about “inequality and discrimination on the basis of disability and is alarmingly reminiscent of an obsolete medical model of disability, creating the false impression to society that disability is synonymous with illness and, consequently, turns these children into targets. Such a model is not in line with modern perceptions, nor with recent announcements by the Ministry of Education on integrated education, but instead preserves and imposes divisive regulations on the basis of disability. The announcement blatantly and provocatively deprives children with disabilities of the right to education.”

At the same time, Michaelidou pointed out that the announcement essentially requires children with disabilities to undergo complex and time-consuming procedures and examinations, as well as the mandatory laboratory testing for Covid-19 so that a special committee can decide on the possibility of school attendance.

She also pointed out that the announcement was made just hours before the opening of primary schools and gymnasiums and after it was preceded by a series of circulars, protocols and related announcements, in which there was no mention of any special provisions for ‘special categories’, as the Ministry of Education called them.

“The only relevant report included in the health protocol of the Ministry of Education, dated 19/5/2020, refers to the ‘Management of children who present difficulties in self-care’, which includes instructions for the smooth return of these children to school units, but without mentioning the possible exclusion of any child on the basis of individual characteristics, either on the basis of disability or on the basis of the condition of securing additional and, in fact, overdue approvals,” Michaelidou said, adding that essentially, the Ministry’s announcement “violates the Health Protocol itself pertaining to the relevant provisions for the return of each child to school.”

Due to the situation that has been created, she adds, the affected children are in a very bad psychological state, as they feel marginalised and unwanted in the school units.

Experts: ‘We were not asked’

Members of the team of experts Leontios Kostrikis and Giorgos Nicolopoulos clarified yesterday during the daily televised results announcement that during conversations with the government they were not asked on this particular matter.

Kostrikis said that opinions were offered on many other topics, but they were not asked to provide their view on this particular group, adding that if they are asked to they will discuss the issue thoroughly and will make conclusions.

Echoing Kostrikis, Nicolopoulos said that he does not recall the matter being tabled, although the schools topic was extensively discussed by the committee and should they be asked to they will gladly provide their scientific advice.

Another member of the experts team Petros Karayiannis responded similarly during a televised talk show, saying that he does not recall such a discussion, neither at the Presidential Palace nor at the committee. He said that concerns are understandable and that “some of these children should be able to go to school. I don’t see why they shouldn’t.”

By Josephine Koumettou
Previous articleThree arrested in connection with theft of €12,000 from parked car
Next articleHouse approves tax credits for temporary rent cuts