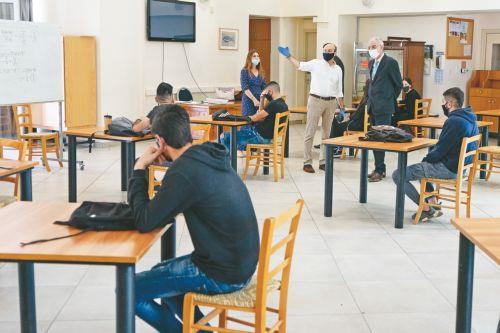 In a written statement the Education Ministry referred once again on how to respect health protocols in classrooms with open windows and the heating one during winter months.

Following several discussions on the issue and students from mainly mountainous areas going to school with blankets due to low temperatures, the Education Ministry noted the following:

The provisions of the health protocols have to be implemented during the whole school year to prevent the spreading of the pandemic. For this reason, classrooms must be systematically and sufficiently aired both during summer and winter months.

Regarding the heating during winter months it is recommended that it is on but that windows remain open as well to air the classrooms.

By gavriella
Previous article“Only Famagusta” to participate in elections autonomously
Next articleMinisters discuss border control, cybersecurity and terrorism with Acting US Secretary of Homeland