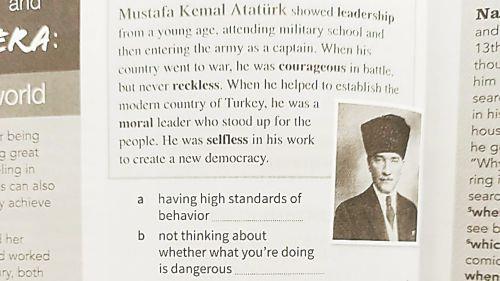 The withdrawal on Thursday followed strong reactions to instructions issued by the Ministry earlier in the day to tear out a page on Turkey’s founder.

The issue, to be also discussed before the Council of Ministers later on Friday, came to the fore after an English teacher posted the instruction in a group on Facebook. And this sparked outrage on social media and beyond.

The President told journalists on Thursday evening that “we are in the 21st century and this issue could have been handled differently.”

But he also slammed the prompt response by the Turkish Ministry of Foreign Affairs to strongly criticize the Cyprus Republic’s Education Ministry.

“I am not interested in what the Turkish Foreign Ministry is saying, I am interested in how an issue is handled  and this issue was not handled the way it should have been in the 21st century.”