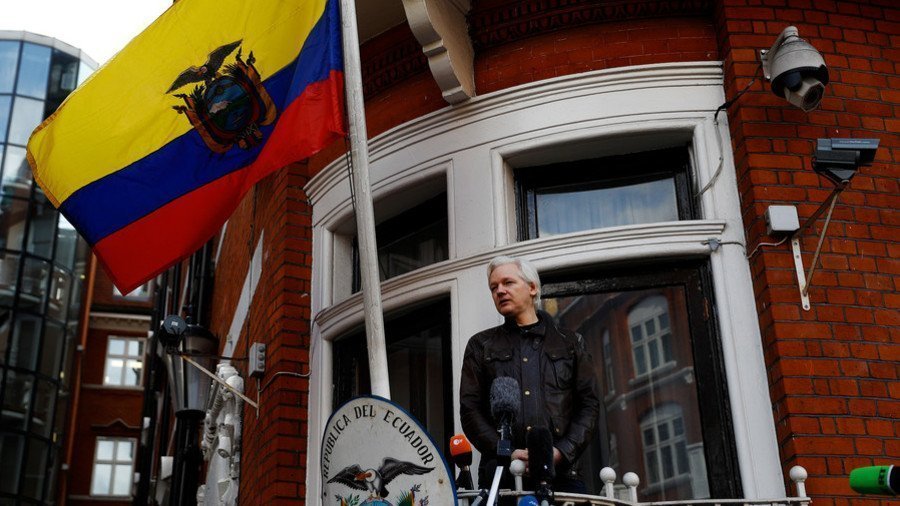 Julian Assange has been hit with new rules limiting his communications by officials at the Ecuadorian Embassy in London. The new measures include bans on using the phone and having visitors, according to WikiLeaks.
The founder of the whistleblowing website has reportedly found himself isolated within the embassy recently. In March, he had his internet access curtailed after taking to Twitter to criticize Britain’s response to the poisoning of Sergei and Yulia Skripal in Salisbury, as well as repeated comments about Spain’s dispute with Catalonia. At the time, the Ecuadorian government said Assange had breached a written commitment “not to issue messages that might interfere with other states.”

Speaking with the foreign press Wednesday, Foreign Minister Maria Fernanda Espinosa confirmed that Assange was still being denied internet access while talks between the UK and Ecuador to decide on his fate are still ongoing.

Ecuador announces that @JulianAssange remains incommunicado and that his fate is being negotiated with the UK. Although after US pressure, Ecuador has banned visitors (inc. press) & phone, apparently as a PR strategy only a “social media” ban is mentioned. https://t.co/gnnFTjvxnU

“He still has no access to the Internet and communications. There is a dialogue, there is a will and an interest to move forward in the solution of that matter,” he said, according to El Tiempo.

WikiLeaks claims Assange has been silenced because of pressure from the US. The website also says the description of the measures as a “social media ban” undersells the extent to which he’s being held “incommunicado.”

Assange has been a resident in the embassy in Knightsbridge in central London since June 2012. He had been facing extradition to Sweden over allegations he sexually assaulted two women, but he fled to the embassy after violating his bail, claiming he feared Sweden might extradite him to the US, where he would face charges over WikiLeaks’ release of classified US government cables and documents. He remains subject to arrest in the UK for jumping his bail.