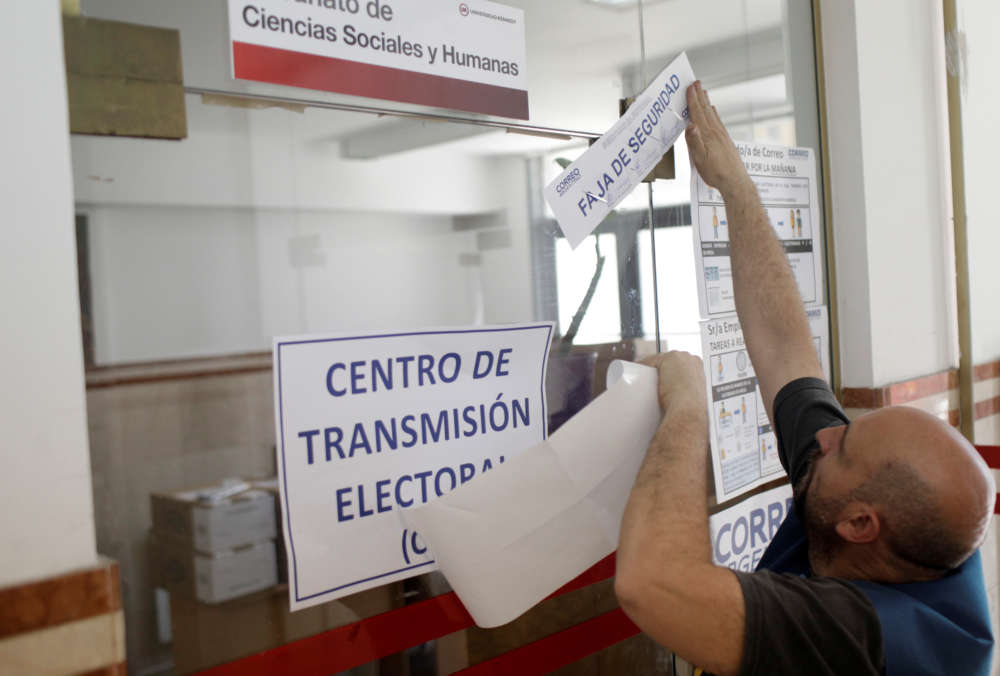 Argentina goes to the polls on Sunday to elect a new president amid a deep economic crisis that has left a third of the population in poverty.

President Mauricio Macri came to power four years ago with market-friendly promises to restore the country’s finances and growth.

But many say things are worse now than when he took the reins of power from the controversial government of Cristina Fernández de Kirchner.

The conservative is running for re-election, but few believe he has any chances of winning. He was trounced in primary elections in August by Alberto Fernández, whose running mate is Fernández de Kirchner – no relation.

Fernández, who belongs to the populist Peronist movement, has promised to reverse Macri’s liberal measures.

But many fear that if he wins power, Argentina could return to the populist policies that helped push the country to its current state.

The economy will be uppermost in voters’ minds as they cast their ballots.

Although there are six presidential candidates, the contest appears to be between just two: Macri, a conservative who is favoured by investors, and opposition leader Fernandez, a university professor and a moderate, who held a key role in the government of late President Nestor Kirchner.