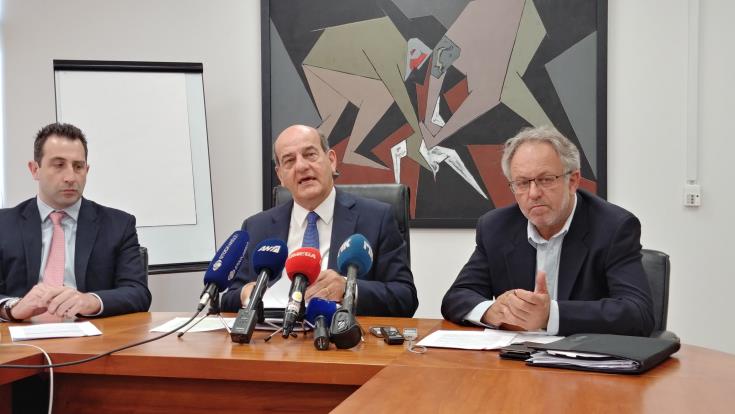 The Cyprus Economy and Competitiveness Council proposed to the government the establishment of an Equity Fund to address the challenges facing the Cypriot small and medium sized enterprises (SMEs) in obtaining financing.

The recommendation has been submitted to the Finance Ministry for assessment.

The Council said the fund could be set up with government funds but later it could attract resources from EU funds and other funding institutions such as the European Investment Bank, the Juncker plan as well as private investors.

“The specific issue emerged as we have seen the weakness of SMEs to obtain funding apart from commercial banks,” Takis Clerides, the Council Chairman and former Finance Minister told a press conference.

The Fund could be initially funded by many institutions including the government and European funds but at a later stage by other private organisations which would secure a return either on the capital provided to a company or on the investment provided to the Fund, Clerides added.

He noted that the Council also recommends a campaign aiming to strengthen the SMEs financial education which would help in promoting the equity fund, assisting SMEs to obtain financing in general, an issue raised by Council member, Andreas Assiotis, as a problem facing SMEs in obtaining funding from commercial banks.

Therefore, Assiotis said, “alternative sources of funding are needed in the sense that someone, the state, international investors such as the European Commission via the Juncker Plan or the InvestEU to fund these companies by providing equity funding.”

“Companies are thirsty not for bank financing but equity,” he added.

Clerides said that the Fund could begin operations with 10 or 20 million euros provided by the state, noting that the fund could growth quickly by EU funds through specific programmes.

The fund will be managed by private experts with the state participating in the Fund’s board only as a supervisor and not as administrator, noting that a fund manager could manage the fund.

Responding to a question, Clerides said the Fund could attract resources via the Cyprus Investment Scheme, which attracts foreign investors who wish to obtain the Cypriot citizenship.

In its recommendation the council says priority should be given to start ups, investments that promote innovation, technological upgrade and to companies focusing on exports and the development of new fields.

Furthermore, Clerides said the Council is preparing recommendations on boosting the agricultural sectors contribution to the GDP as well as modernizing Cyprus’ tax regime.

Noting that the basic elements of Cyprus’ tax regime has been the same since 2003, Clerides said the Council has heeded the views of trade unions and employer organization as well as the Cyprus Institute of Certified Accountants.

We have reached a final stage regarding our recommendations which are being drafted and they are expected to be ready in September, he added, noting that the proposals will not limit on increasing or reducing tax rates but other issues such as providing incentives to corporations aiming at enhancing the competitiveness of the economy.

By In Cyprus
Previous article6 in 10 Cypriots think vaccines are safe – report
Next articleMainly fine, more showers and thunderstorms in the afternoon