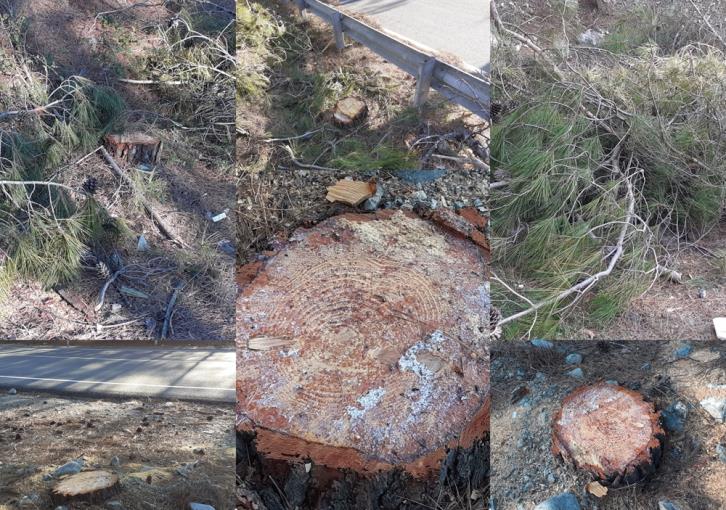 The Ecologists denounced a “slaughtering” of pines by the Forestry Department at the Platres-Moniatis road. According to an announcement, the members of the party’s Limassol District Committee went to the area but unfortunately when they arrived they only found cut trunks covered with branches and needles, so that they would not be visible by passing drivers. As they said, they saw at least eight cut trees, and it is possible that there are more.