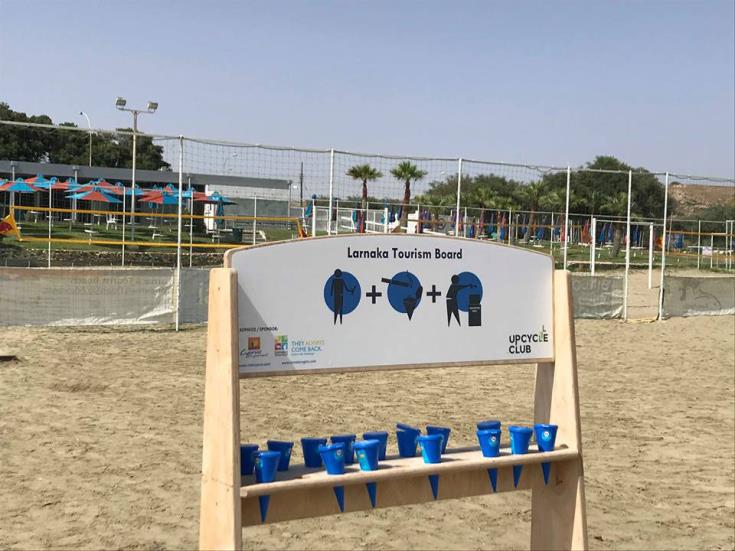 Larnaca’s Tourism Board will place eco-friendly ashtrays on the beaches for the second consecutive summer as it steps up clean-up efforts. Last year nearly 98,000 cigarettes butts that may otherwise have littered the beaches were collected from 10 locations.

Describing last year’s efforts as encouraging, the Larnaca Tourism Board  it said it would repeat the effort this year. The move, an initiative of the board in cooperation with the CTO, Larnaca Municipality and other local authorities in the area aims to improve the competitiveness of the beaches and raise environmental awareness.

The eco-friendly ashtrays have been placed at the following beaches: Phinikoudes, Castella,  opposite the hotels on Tasos Mitsopoulos  avenue, Yiannades in Oroklini, Oroklni beach, Pharos at Pervolia, Karetta at Kiti, the CTO beach at Pyla and the beach opposite the hotels at Pyla.

The eco-friendly ashtrays were developed by the startup FAR which actively supports recycling efforts of the UpCycle.Club.

Visitors can pick up a ‘cone’  to use as an ashtray on the beach and empty the contents on their departure in a special bin. The cone can then be put back on the stand.  The cigarette butts are weighed at the end of tourist season and the results are presented to the national judge on Blue Flags.

The tourism board said that worldwide more than 5 trillion cigarettes butts are discarded, with beach visitors the biggest perpetrators.  Cigarettes butts are toxic to the sea environment and may take up to five years to decompose. Beyond the environmental damage, they are an eyesore, it added.