ECB stops its printing presses even as growth concerns rise 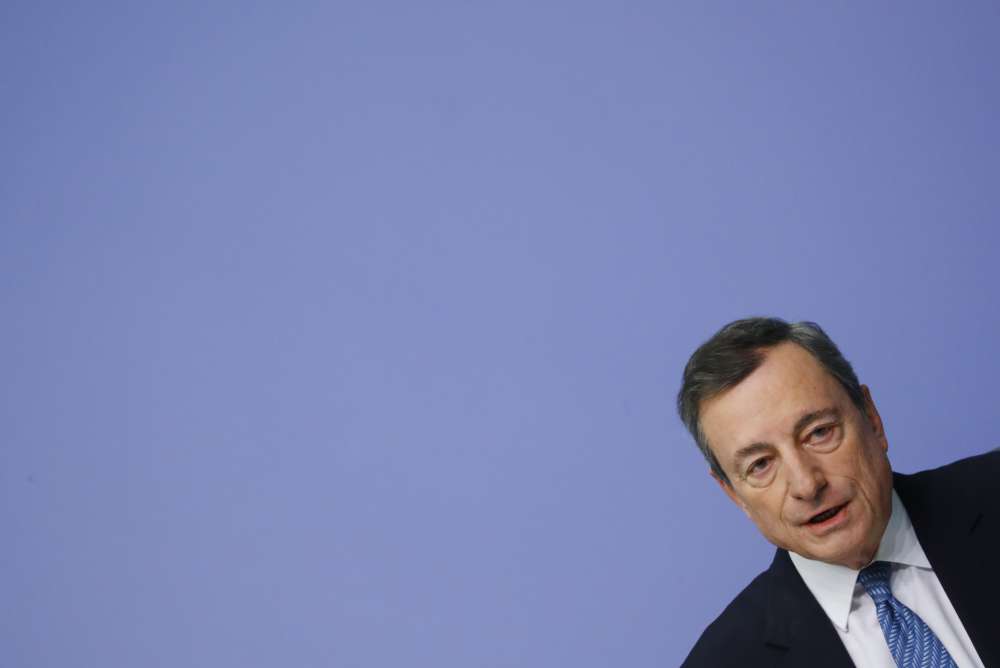 Having long flagged the end of quantitative easing, the ECB had little choice but to stop the bond buys. But it is likely to take its time before tightening policy any further given slower growth, a looming trade war, the prospect of a hard Brexit and budget tensions in Italy and France.

Hoping to reassure markets, the ECB repeated its promise that rates would be kept at their current record lows at least through next summer and that it would keep open-ended the time horizon for reinvesting cash from maturing bonds.

“The Governing Council intends to continue reinvesting, in full, the principal payments from maturing securities purchased under the APP for an extended period of time past the date when it starts raising the key ECB interest rates,” the ECB said, tweaking its previous guidance that reinvestments would continue for an “extended period” after the end of bond buys.

With Thursday’s decision, the ECB‘s rate on bank overnight deposits, currently its primary interest rate tool, remains at -0.40 percent, while the main refinancing rate, which determines the cost of credit in the economy, remains at 0.00 percent.

The ECB‘s problem is that growth is weaker than policymakers thought even just weeks ago, while the predicted rise in underlying inflation has failed to materialise, putting in doubt some of the bank’s assumptions about the broader economy.

Overall inflation may be near the target now but falling oil prices suggest a dip in the months ahead and a solid rise in wages is not feeding through to prices, leaving the bank with an unexplained disconnect.

Highlighting this complication, the ECB is likely to cut growth and underlying inflation projections and may take a dimmer view on risks, all while Draghi argues that growth is merely falling back to normal after a recent run.

On the upside, Italy has taken steps towards a compromise in a budget impasse while the United States and China are seeking to tone down trade tensions.

To take the edge off the bad news, Draghi could also hint at some sweeteners ahead.

Pushing out the guidance on the first interest rate rise is seen as an easy way to keep borrowing costs low and new long-term bank loans are also seen as a relatively low-hanging fruit.

Draghi is also expected to detail how the bank will reinvest cash — about 200 billion euros next year. While most of these decisions are expected to be technical, they should give the ECB enough flexibility to provide support.

Investors will be keen to know whether the ECB aims to adjust its holdings of national government bonds to match its shareholder structure after buying more French, Italian and Spanish debt than the rules of its programme dictate.

Sticking close to the rules could hurt economies that need support the most, indicating that even technical decisions could have broader market impact and suggesting policymakers will opt for a long transition period to keep markets in check.

All these potential sweeteners are only moderately powerful, however, economists argue, and will be effective only if growth stabilises at a fast enough pace to generate inflation.