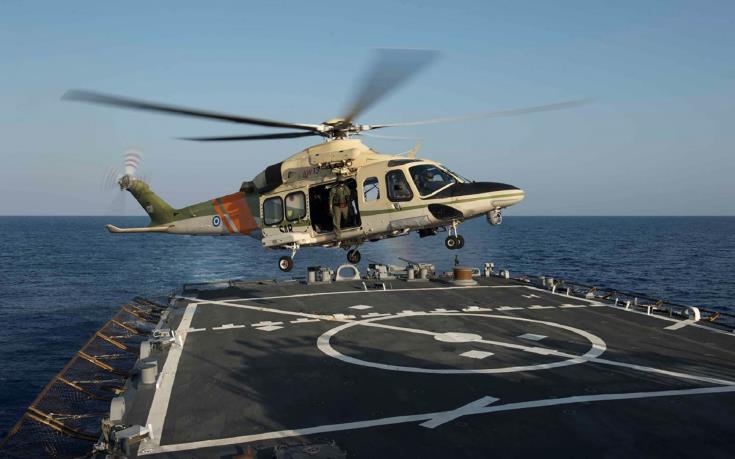 EU Defence Ministers discussed during an informal meeting in Helsinki ways to coordinate the deployment of their naval forces in “areas of interest”.

Cyprus Defence Minister Savvas Angelides supported the idea of including the Eastern Mediterranean as well, due to the development of hydrocarbon reserves and Turkish illegal activities.

The Minister took part at the informal meeting organized by the Finish Presidency of the Council of the EU, on August 28 and 29, to discuss Common Security and Defence Policy.

Speaking to CNA, Angelides said that the discussion to coordinate EU naval forces is at an early stage and aims at promoting security and stability in certain regions of the Union. Preparatory discussions are already underway at the Council’s working groups.

In his intervention, Angelides asked his counterparts to agree to specific criteria in order to designate “areas of interests” where the presence of EU navy would be justified.

He said that he argued in favour of including the Eastern Mediterranean, by making reference to the exclusive economic zone of the Republic of Cyprus and the ongoing development of hydrocarbon resources.

He said moreover that resources in the Eastern Mediterranean will also provide an alternative energy source for the EU, thus the matter is of immediate concern for the Union.

The Minister also referred to Turkey’s activity in the EEZ of the Republic of Cyprus and briefed his counterparts about Ankara’s illegal activities in the region.

Moreover, he referred to piracy and terrorism problems, as well as to migrant flows in the region, as some of the criteria that could be used to characterise the Eastern Mediterranean as an “area of interest” to deploy naval forces.

Greece, as well as other member states were positive on these suggestions, while France also highlighted the issue of the Eastern Mediterranean, Angelides said.

He added that these ideas need to be evaluated by the working groups, while the discussion at the informal meeting serves the purpose of providing political impetus.

EU Defence Ministers also discussed in Helsinki the invocation of the solidarity clause, with Angelides saying that they agreed to intensify their actions, in order to find ways of activating the clause in a more immediate manner.

Finland’s EU Presidency also presented a scenario for a drill, concerning hybrid threats, which according to Angelides, is not different from what is happening in Cyprus with Turkish activities in the EEZ.

Cyprus, France and Belgium Ministers sign Letter of Intent to develop EU missile system
——————————-
On the sidelines of the meeting, Angelides together with his counterparts from France, Florence Parly, and Belgium, Didier Reynders, signed on Thursday a Letter of Intent concerning the development of BLOS (Beyond Line of Sight Land Battlefield Missile System).

Angelides told CNA that the signing of this Letter of Intent aims at further developing this system, in the framework of PESCO.

According to PESCO website, the project aims at developing an EU new generation medium range BLOS Land Battlefield missile systems family. The output is intended to be integrated on an extensive variety of platforms (ground-to-ground and air-to-ground) and to provide integrated and autonomous target designation capability. The project includes joint training and formation aspects, while a dedicated “users’ club” is envisioned, to develop a common European doctrine on BLOS firing.

On Wednesday, Angelides met with his Italian counterpart Elisabetta Trenta, and according to a post on twitter, they had a constructive discussion about practical ways to upgrade military and defence cooperation.

By In Cyprus
Previous articleYeri murder: Mother to be sent to Athalassa psychiatric hospital
Next articleGiuseppe Verdi’s masterpiece Macbeth premiers in Paphos on Friday