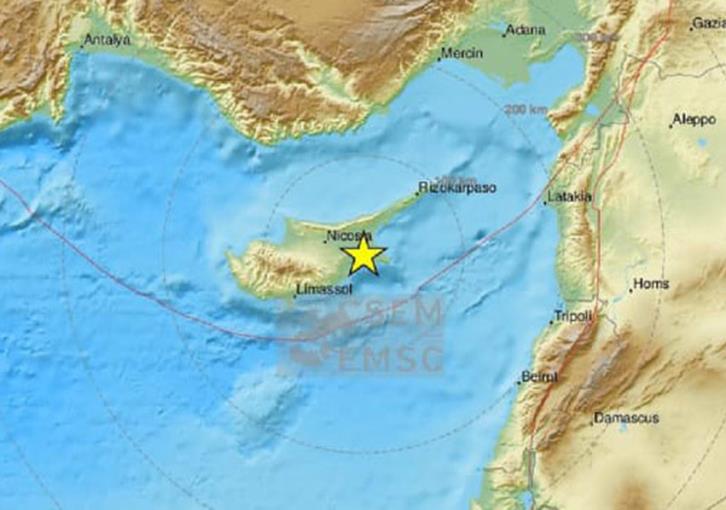 An earthquake with an estimated magnitude of 5.3 rattled Cyprus on Thursday afternoon, with no reports of damage.

The tremor occurred at around 1427 GMT and was felt by residents of high rise buildings in the capital, Nicosia, forcing some to evacuate.

Cyprus is an in earthquake-prone zone but strong tremors are not common.

The highest registered in recent years was a magnitude of 6.3 in 1996 but it caused little damage. (Reuters)