EAC ready to cross the threshold of the new energy era 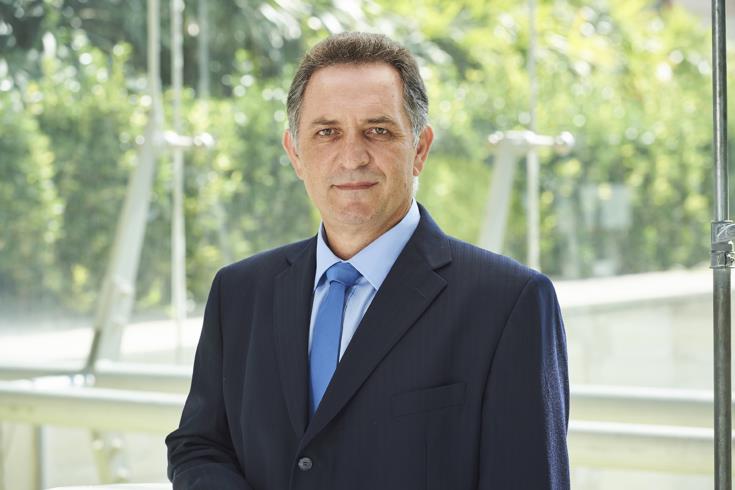 The Electricity Authority of Cyprus (EAC) is ready to cross the threshold of the new energy era, marked by the arrival of natural gas and the development and utilization of Renewable Energy Sources (RES), said the Chairman of the Board of EAC, Prof. Michalis Komodromos in an interview with CNA.

He added that the goal of EAC is  the energy empowerment of Cyprus, something that can be achieved both with the arrival of natural gas and with the further development of RES.

Komodromos spoke about the strategic priorities of the EAC development program and the great challenges facing the Organization in the field of energy in Cyprus.

He noted that in the context of the implementation of its strategic planning, EAC participates in the share capital of the Natural Gas Infrastructure Company (ETYFA) with a percentage of 30% having paid an amount of € 43 million.

“Our goal is to contribute to the energy empowerment of Cyprus through the development of natural gas supply infrastructure. A project of special importance for the country”, he said

He added that in the direction of natural gas use, the necessary modifications to the EAC Production Units are already in progress and are progressing rapidly, so that they can also operate with Natural Gas. “When natural gas comes to Cyprus, EAC will be ready”, he said.

At the same time he assured that EAC Power Generation System ensures adequacy even in peak periods where electricity demand is high, such as in summer, rebuffing at the same time reports saying that EAC made an agreement for the lease of temporary production units for the summer  2021 or the summer 2022.

“The EAC production system can adequately meet the increased summer demand,” he stressed.

He also referred to  the development projects of EAC Production, which include new units, saying that these are a result of in-depth studies prepared with the help of specialised consultants, taking into account the current data, as well as factors such as market opening and competition, the date of availability of natural gas at the installation sites of the new production units, the degree of penetration of RES and the electricity interconnection of Cyprus.

“The goal of EAC Production is the installation of new Units which will lead to a reduction in production costs and preserve its competitiveness in the new open market environment,” he said.

He also noted that the implementation of the projects is proceeding after the required licensing by the State Bodies, which are responsible for ensuring the adequacy of electricity production.

Towards a green energy future
————————–
Furthermore, the Chairman of the Board of the EAC stated that the effort is to reduce dependence on oil and increase the use of RES.

“Our vision is a green energy future,” he said.

He added that the EAC, since 2014, has put into operation the first Photovoltaic Park of Cyprus in Tseri, with a capacity of 3MW. He also said that a new, major project in the utilization of RES, is the Photovoltaic Park in Akrotiri Limassol, with a total capacity of 12MW.  With its operation, he added, “we achieve the equivalent removal of 17,000 tons of carbon dioxide from the environment, something extremely important for the quality of life of all of us”. He added that the project also supports the achievement of Cyprus’ national targets for the production of electricity from RES .

He noted that the addition of RES projects like this, to the EAC production mix, has multiple benefits for the country, both in reducing dependence on imported fuels, and in stabilizing electricity prices at low levels.

At the same time, he said that EAC proceeds with other projects as the installation of solar panels to all schools in Cyprus and in its own buildings, as well as the cooperation with the Church of Cyprus for the development of large photovoltaic parks in the area of Achera.

Komodromos also referred to EAC’s e-charge service for electric cars with 24 stations in Cyprus and 48 charging points. He added that 12 more stations will start operating during 2021.

At the same time, he referred to the multiple benefits that smart electricity meters will provide to consumers and said that EAC will replace 400,000 conventional meters by 2025.

“Smart Meters are a small revolution. Through their functionality, they offer multiple benefits to consumers, for example detailed information on how they consume electricity. Consumers are provided with a modern energy-saving tool that provides them with significant economic benefits,” he noted.

Finally, Komodromos said that in close cooperation with the Ministry of Energy and Cyprus Energy Regularoty Authority, EAC is implementing its strategic planning, with the common goal of effectively addressing the energy challenges of the next decade.