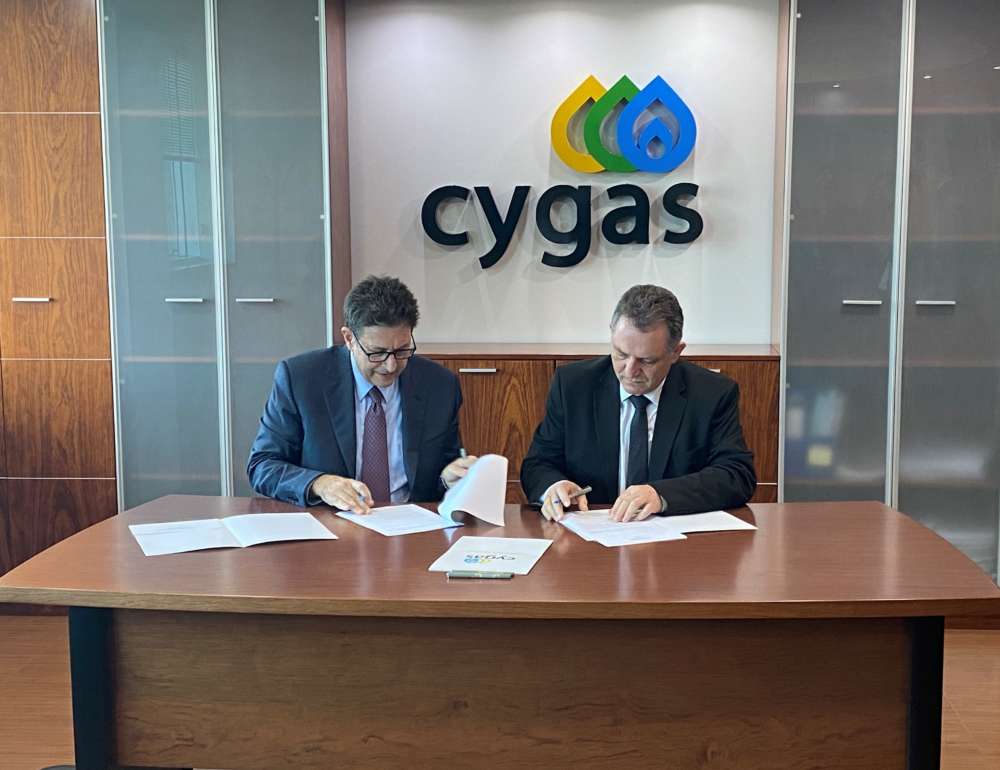 The participation of the Electricity Authority of Cyprus (EAC) in the shareholding of the Natural Gas Infrastructure Company (ETYFA) was signed at the offices of DEFA (Natural Gas Public Company) on Monday.

The agreement is another important step towards achieving the goal of developing the liquefied natural gas receiving facilities for the Republic marks the end of a multi-year effort which also strengthens the role of EAC in this new energy era for Cyprus.

According to the terms of the agreement, EAC acquired a 30% stake in ETYFA.  EAC’s participation in the Natural Gas Infrastructure Company is strategic for both partners as it strengthens ETYFA and at the same time is an enabler for the transformation of EAC so that it can successfully meet the new energy challenges in the context of European convergence.

Chairman of DEFA, Dr. Symeon Kassianides stated: “We are very pleased to welcome EAC to the Project which will be a development milestone for the country. Natural gas is the fuel of the 21st century, and it opens the small and isolated energy system of the Republic of Cyprus.  Today, the use of natural gas in all sectors of the economy – from power generation to shipping, commerce, transport and more – is widely found in all modern developed countries”.

EAC President Prof. Michalis Komodromos stressed: “EAC’s involvement in this great strategic and national value project is a key development for the Organization and for Cyprus. As part of its role and mission, EAC is devoting all its efforts to the energy future of our country, contributing substantially to bringing gas a step closer”.

Following the signing of the contract between ETYFA and the international consortium on December 13, 2019 at the Presidential Palace, the introduction of natural gas in Cyprus is now visible – after years of hard work – opening up a new strong outlook for the economy and the development of the country and its people