Dutch to show Cypriots to cultivate potatoes in salty water 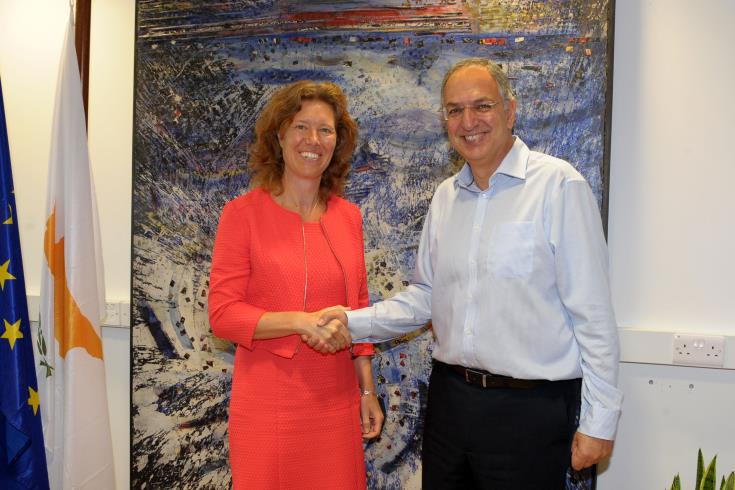 Cyprus will test a Dutch pilot programme to grow potatoes in salty water, the Cyprus News Agency reported on Thursday.

This was one of the issues discussed in a meeting between  Agriculture Minister Costas Kadis and Netherlands ambassador in Nicosia Nathalie Jaarsma which focused on excessive use of antibiotics in livestock breeding and adapting cultivation to less water.

It said that the two countries would work together to reduce excessive use of antibiotics in livestock by promoting educational programmes implemented in the Netherlands to Cyprus.

The ambassador also briefed the minister on innovative methods used in the Netherlands to adapt cultivation to less water.

Within this framework it was agreed that a Dutch programme cultivating potatoes in salty water will be brought to Cyprus on a pilot basis.

Jaarsma showed special interest in biodiversity, particularly the preservation of Cyprus’ wild tulip with the minister assuring her that protection of the island’s biodiversity was a ministry priority.