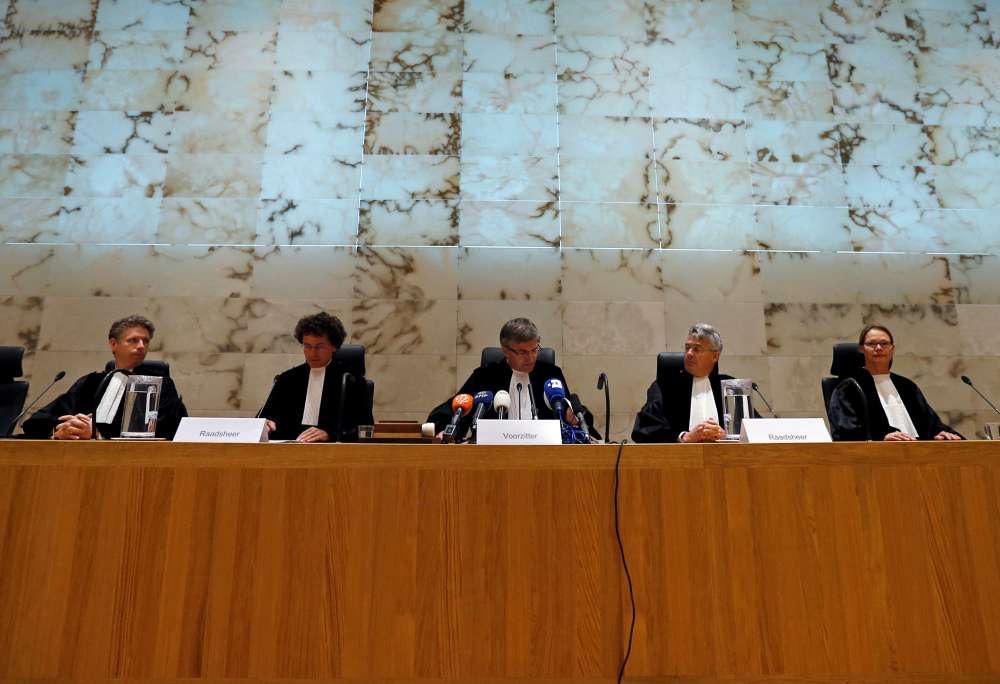 The Supreme Court of the Netherlands on Friday upheld an earlier ruling that found the Dutch state partly liable for the deaths in 1995 of 350 Bosnian Muslim men who were expelled from a U.N. base and executed at Srebrenica by Bosnian Serb forces.

The Dutch case could set an international legal precedent for states’ liability when they contribute troops to peacekeeping operations. It also paved the way for the payment of unspecified damages to the families of the victims.

Around 8,000 Muslim men and boys in all were taken away and killed, in what was the worst mass slaughter on European soil since World War Two, and an act of genocide.

Several hundred outgunned Dutch peacekeeping troops had been assigned to protect a U.N.-designated “safe area” where thousands of Muslims had sought refuge from Bosnian Serb forces – among them 350 men who made it into the Dutch base.

The Supreme Court found that the Dutch forces could have allowed those men to stay in the base and that, by handing them over, they had knowingly and unlawfully sent them to possible abuse or death at the hands of the Bosnian Serb troops.

“They took away the men’s chance to stay out of the hands of the Bosnian Serbs,” it said.

The court set the liability of the Dutch state at 10 percent of the overall loss suffered, meaning that the survivors are likely to receive only a few thousand euros (dollars).

While the court upheld the partial liability of the state, it rejected a second charge – that the assistance given by Dutch forces in removing those gathered outside the base had been unlawful.

The amount of the damages was not specified, but in an earlier case the Dutch state paid tens of thousands of euros to several survivors.