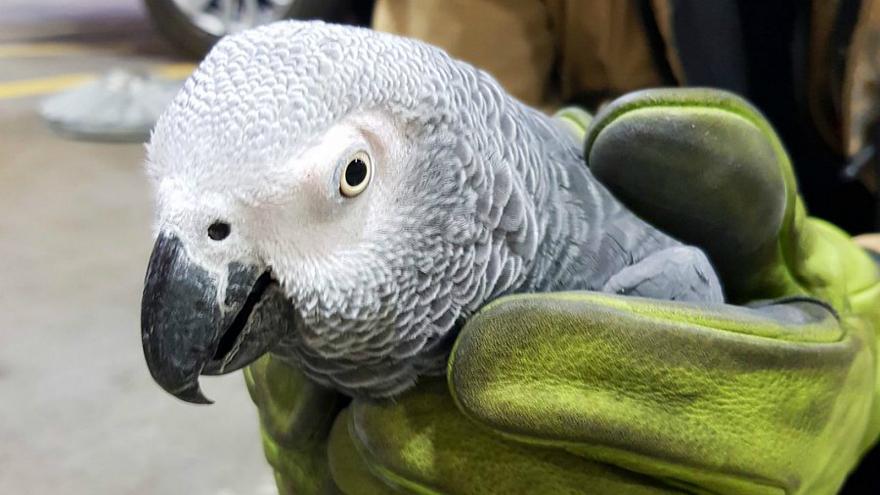 Dublin Airport has taken to social media as it seeks to reunite an African grey parrot found during a routine runway inspection.

But the search continues after several people stepped forward saying it is theirs, Euronews reported on Thursday.

Among the responses came help from an unlikely corner as Lidl supermarket posted a tweet, saying a “missing parrot” poster had been seen in one of its stores situated nearby.

“We called the number [on the poster] to check, and it’s his parrot!” the supermarket chain told the airport, promising to send along the person’s details.

However, the airport checked and it was not the owner, so the search continues.

The parrot found at the end of our main runway is getting expert care & is doing well. Several people who have lost an African grey parrot have contacted us & we’re working to reunite her with her rightful owner. We’ll update you when we do. ? ? #runwayparrot #runwawayparrot pic.twitter.com/8lHoJBASgp

Our firefighter Craig Wade found this African grey parrot during a routine runway inspection earlier this week. She’s being given specialist care & is calm & doing well. We’d like to reunite her with her owner. Please RT to help us find them & DM us if she is yours. ? ? pic.twitter.com/aIIImvzL6p

By In Cyprus
Previous articleAkita reunited with family, 101 days after California fire
Next articleLimassol Carnival 2019