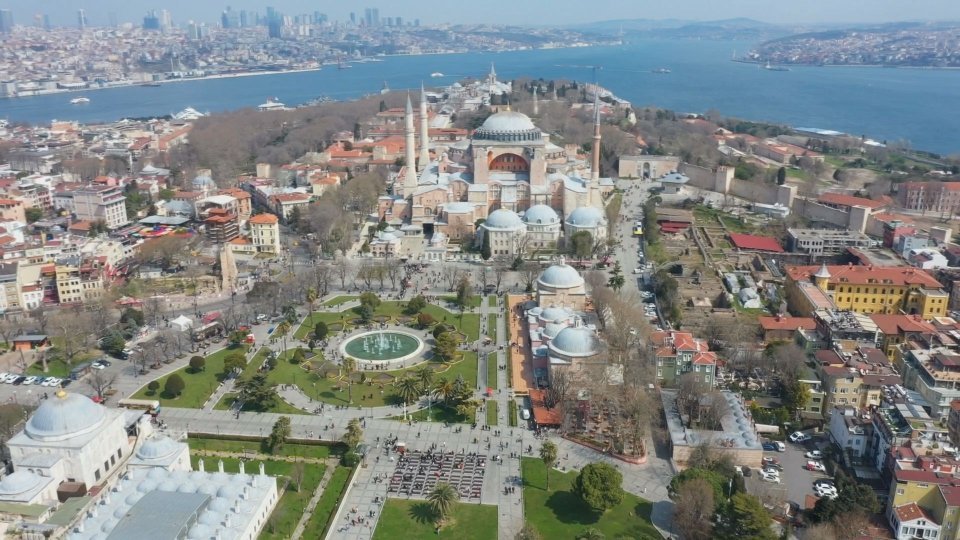 Turkey re-enforced weekend curfews starting Friday in accordance with the risk situation of provinces amid surging coronavirus cases and fatalities.

In low and medium risk provinces, marked blue and yellow, respectively, on a color-coded map issued by the authorities, the curfew will end at 5 a.m on Saturday.

In high risk provinces, marked orange, the curfew will end at 5 a.m. on Saturday.

However, it will restart at 9 p.m on Saturday and end at 5 a.m. on Monday.

In high risk provinces, marked red, the weekend curfew will end at 5 a.m. on Monday.

Markets, grocery stores, greengrocers, butchers and dried nuts and fruits sellers will remain open between 10 a.m. to 5 p.m. and will be able to do deliveries.

Bakeries will also be open on the weekend.

Restaurants, patisserie and dessert shops will be open for take-aways between 10 a.m. until 8 p.m. They will be able to make deliveries from 10 a.m. to 12 p.m. on the weekend.

Turkey on Friday reported more than 42,308 new coronavirus cases, the highest single-day spike since the beginning of the pandemic and the nationwide death toll has reached 31,892, according to the Health Ministry.

The categorization of provinces as facing low, medium, high, or very high risk is based on infection rates and Turkey’s vaccination campaign, which began on Jan. 14.

The color-coded risk map of Turkey’s 81 provinces will be redone every week according to the risk situation, and the normalization practice will be updated every two weeks.

Since December 2019, the pandemic has claimed over 2.8 million lives in 192 countries and regions, according to figures compiled by the US-based Johns Hopkins University. Over 129.7 million cases have been reported worldwide, with recoveries now numbering over 73.5 million.

By gavriella
Previous articleSY.ME.A separates is position from “OS DAME” movement
Next articleWhere to get a rapid test on Sunday, 4 April