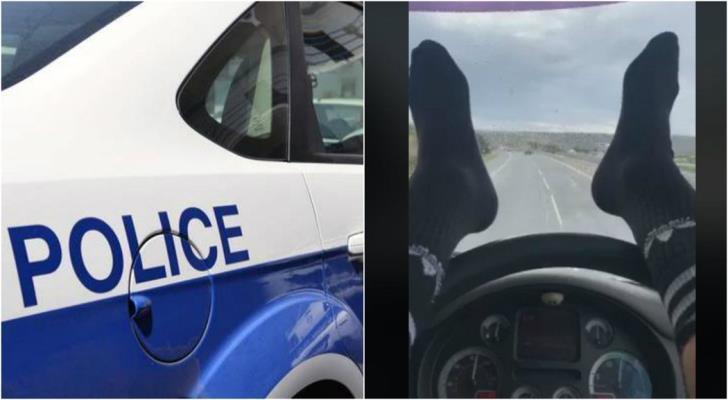 A 43 year old driver who posted a video on social media driving a truck with his feet pleaded not guilty to charges of reckless and dangerous driving on Thursday.

The trial was set for January 16.

The video of the man driving with his feet went viral on social media on November 1, prompting harsh words from the police who soon tracked him down and charged him with reckless and dangerous driving and set him free pending trial.

He appeared before Larnaca district court on Tuesday where his lawyer asked for time to study the facts of the case.

He was back in court today where he entered a plea of not guilty and his lawyer asked for time to prepare.

The man is charged with reckless and dangerous driving and not taking measures to safely drive his vehicle. The truck he was driving is not registered.

The penalty for reckless driving is jail of up to two years and/or a fine of €1200.