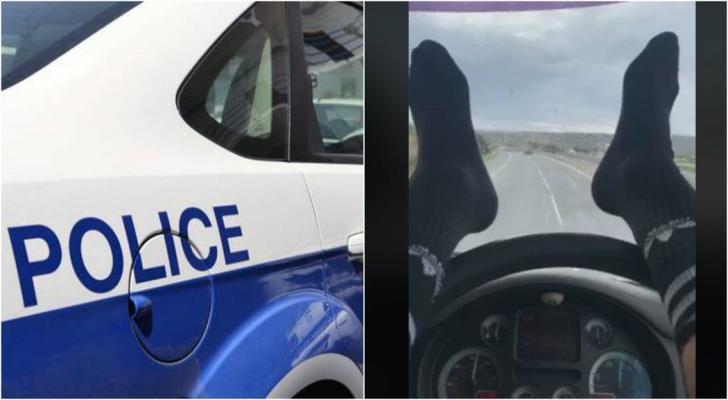 A 43 year old driver who posted a video on social media driving a truck with his feet pleaded guilty on Thursday to reckless and dangerous driving — changing an earlier plea of not guilty.  He also admitted to driving without insurance.

The man caused a storm last year when a video of him driving on the Nicosia-Limassol motorway using  his feet to steer the truck went viral, prompting harsh words from the police who soon tracked him down and charged him with reckless and dangerous driving and set him free pending trial.

He appeared before Larnaca district court on Thursday where he pleaded guilty to the two charges. He is due back in court on February 6 for presentation of the facts of the case and sentencing.

The penalty for reckless driving is jail of up to two years and/or a fine of €1200.

By In Cyprus
Previous articleLimassol port operator criticised by agents for sending away cruise ships
Next articlePeyia Municipality nets €350,000 from civil weddings in 2019