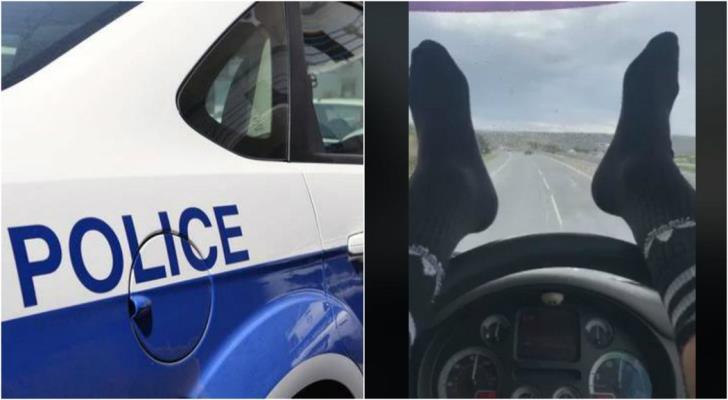 The police have tracked down the driver who posted a video on social media driving a vehicle, possibly a truck, on the motorway with his feet. The video has since gone viral.

The 43-year-old driver from Limassol was charged by police for reckless and dangerous driving and was set free pending trial.

In a message on Twitter before his arrest police had said that “driving is not a game or a joke. We have a responsibility to be careful at the wheel and show respect not only for our own lives but those of others.”

‘Not an isolated incident’

The president of NGO REACTION Marios Stavrou said that this kind of behaviour is unacceptable. Speaking on state radio on Sunday, Stavrou also said that reckless driving affects the other drivers on the road not just the person who is being reckless. Unfortunately, he added, the incident with the driver who steered his vehicle with his feet is not isolated. There are many other cases which are not recorded. Other drivers hold a cup of coffee with one hand and their mobile phone with the other hand steering the wheel with their knees. There are tens of cases where instead of being extra careful because of bad weather, drivers record videos with the phones to post on social media. Based on statistics, another 7-8 people will lose their lives on the roads before the end of the year. We are all candidates, said the president of REACTION.