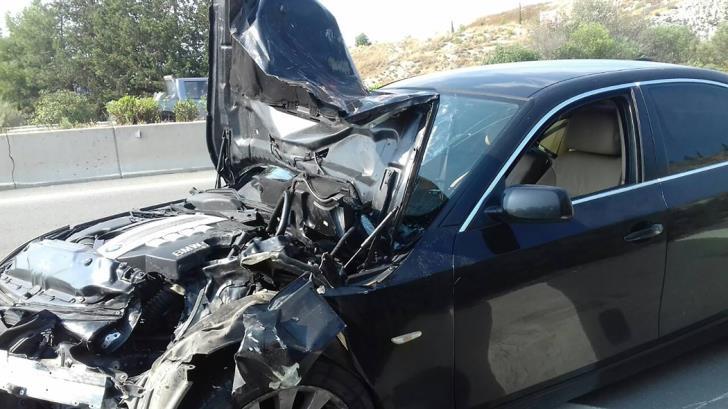 The driver of a car involved in a collision which led to the death of a five year old girl and the critical injury of her mother on the Famagusta-Larnaca motorway on Monday afternoon has been arrested and is being questioned by police.
Maria Christina Demetriou from Livadhia was in the car with her parents and her two siblings when the accident occurred. Her two brothers are reported to be in a serious condition, but out of danger.
Their double cabin pick up truck driven by the father, Andreas Demetriou, 36, was involved in a collision with another car and overturned. The father was also hospitalised and is reported to be out of danger.
The 34 year old driver of the other car was arrested on Monday evening and is being questioned. He is also expected to undergo an alco-test and a narco-test.
Read more