Dr. Karayiannis: No to relaxations for now, Omicron could cause serious illness 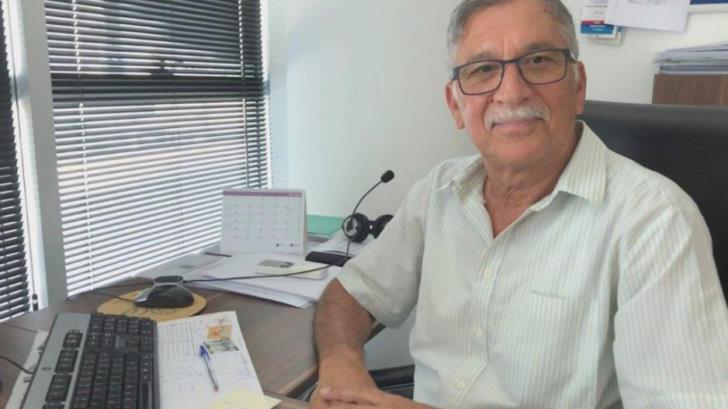 Relaxations of measures against the further spread of Covid-19 will depend on the epidemiological picture, Dr. Petros Karayiannis told the Cyprus News Agency on Monday, pointing out that though there has been a stabilisation in daily cases, the number now is at around 3,000.

Karayiannis, who is member of the Health Ministry’s Advisory Scientific Committee and Professor of Microbiology/Molecular Virology at the University of Nicosia Medical School, said it is not easy to predict yet the course of the current wave.

“While we saw a continuous decline in the previous waves, the current wave showed at least three ups and downs – it dropped to a level, then we went up a little, and last week it went even higher,” he said, expressing hope that this week will be indicative of where things are headed, either a little further up or down.

Asked to comment on the fact that other countries have lifted the restrictions, he said that these are countries that have high vaccination coverage and have health systems that have more capacity than that of Cyprus in terms of the number of their beds either for hospitals or for Intensive Care Units.

“I find it a bit risky in the middle of winter in the midst of an outbreak to proceed with such relaxations,” he said, adding that it seems these countries have made their assessments that even if hospitalisations increase, they will be able to cope.

The professor also pointed out that though with the Omicron variant they record fewer patients whose condition is serious, there have been hospitalisations. He said that most patients being treated in the ICUs due to Covid-19 are unvaccinated, with an average age of 70 years.

Referring to the fact that epidemiologists were talking about a drop in the number of cases two or three weeks ago, he noted that they had assessed the situation based on how things turned out in South Africa. “Our difference is that South Africa is in the summer months, we are in winter,” he said. On the other hand, he added, people are mostly indoors during winter which leads to more infections, including among people who are vaccinated especially if they have not received the booster shot.

He said, however, that even people who have had three doses can become ill. “This was evident from studies in England where there were cases where people got sick between three to five times and even with Omicron, twice,” he pointed out.

Therefore, said, it seems that the Omicron variant escapes immunity if people have not had an adequate immune response. He said there is also now the Omicron BA2 subvariant, which, some studies show seems to escape immunity a little more than Omicron. There is a 70% possibility of getting ill with Omicron, while with the subvariant is at around 50%, he explained. “That is why we need to be careful and that is why I do not agree at the moment with the excessive relaxations in northern Europe with just recommendations to wear masks,” the professor added.

Asked whether problems would be experienced by summer, the professor said that “the virus is here to stay.” He said that unless a new variant emerges, the situation this summer will be more relaxed than last year. “On the other hand, if something else occurs, I hope with the vaccination coverage we have, things will be more relaxed,” he added.