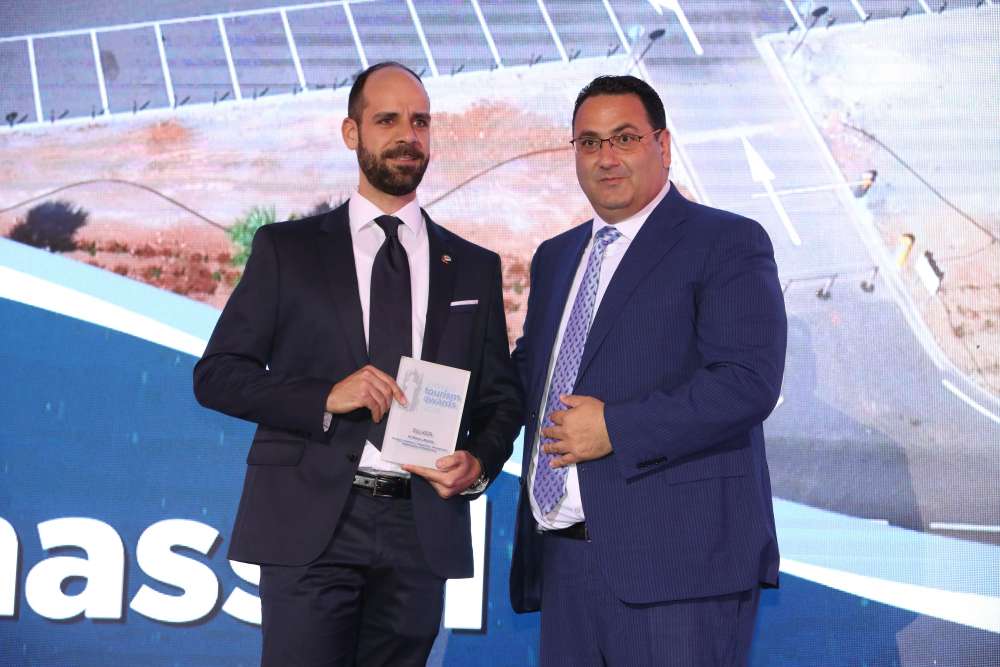 DP World Limassol was recognised for its significant contribution to the development of the country’s tourism sector, by being awarded at the Cyprus Tourism Awards 2019.

One year after the official inauguration of the New Passenger Terminal at the Limassol Port, DP World Limassol received the Silver Award for the “Strategy & Innovation” category in the division of “Strategic Investment/Cooperation/Development/Modernization of Infrastructure”. 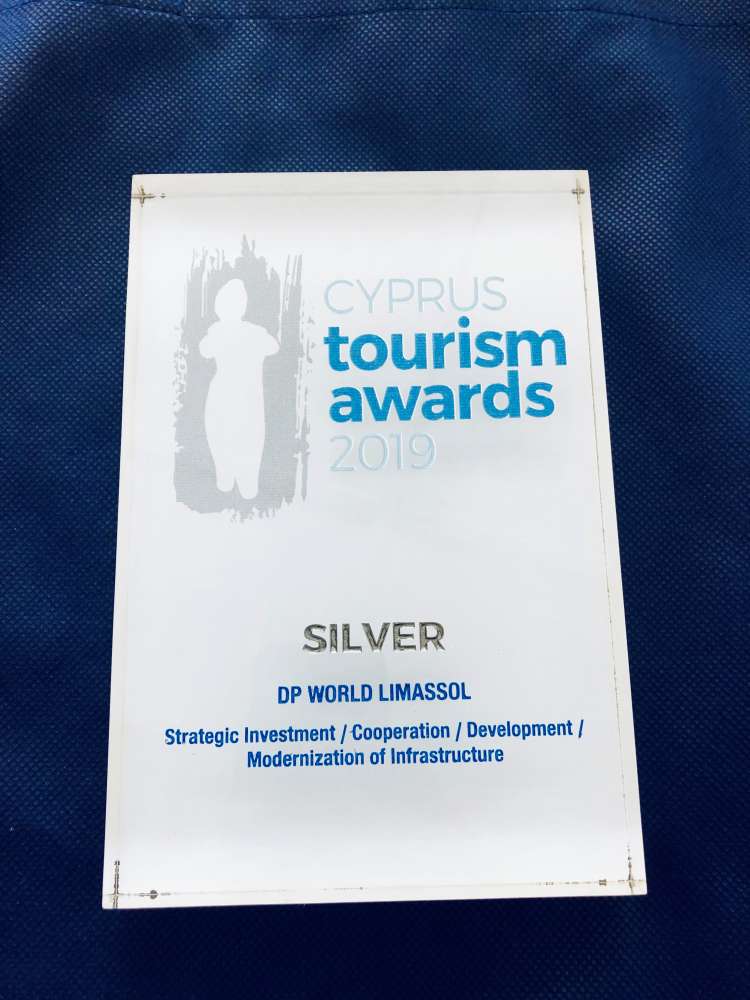 In a ceremony held at the Philoxenia Conference Centre, on Wednesday DP World Limassol was selected amongst other local renowned business and was chosen by a Judging Committee consisting of well-known personalities from the political and business environment.

DP World Limassol General Manager Charles Meaby said: “We are delighted at DP World Limassol, to have received this award at the Cyprus Tourism Awards 2019. To receive such recognition reflects the great effort our team have put in order to stand out in one of Cyprus’ most important sectors, tourism. Since the operation of the New Cruise Terminal, Cyprus’ cruise tourism has entered in a new era. The New Cruise Terminal is one of the largest projects of the island, a leading-edge passenger terminal facility, which can accommodate the biggest cruise vessels in the world. Aiming at establishing Limassol port as a major cruise hub in the Mediterranean Sea, DP World Limassol, is focused on making continuous improvements that will stimulate sustainable growth”.

DP World Limassol has the ambition to be the leading port in the Eastern Mediterranean and serves as a pillar of economic growth, enhancing the prospects of the tourism and cruise sector and generating significant benefits for the local market”.

Cyprus Tourism Awards 2019 assess and showcase best practices and innovative initiatives implemented by businesses and organisations of the Cypriot tourism industry; from the provision of high quality-services and the creation of novel products, to strategic investments and the contribution to the national economy.

By In Cyprus
Previous articleCreative storytelling: How to create and tell a good story
Next articleNigerian militia frees nearly 900 children used in war on Boko Haram -UNICEF