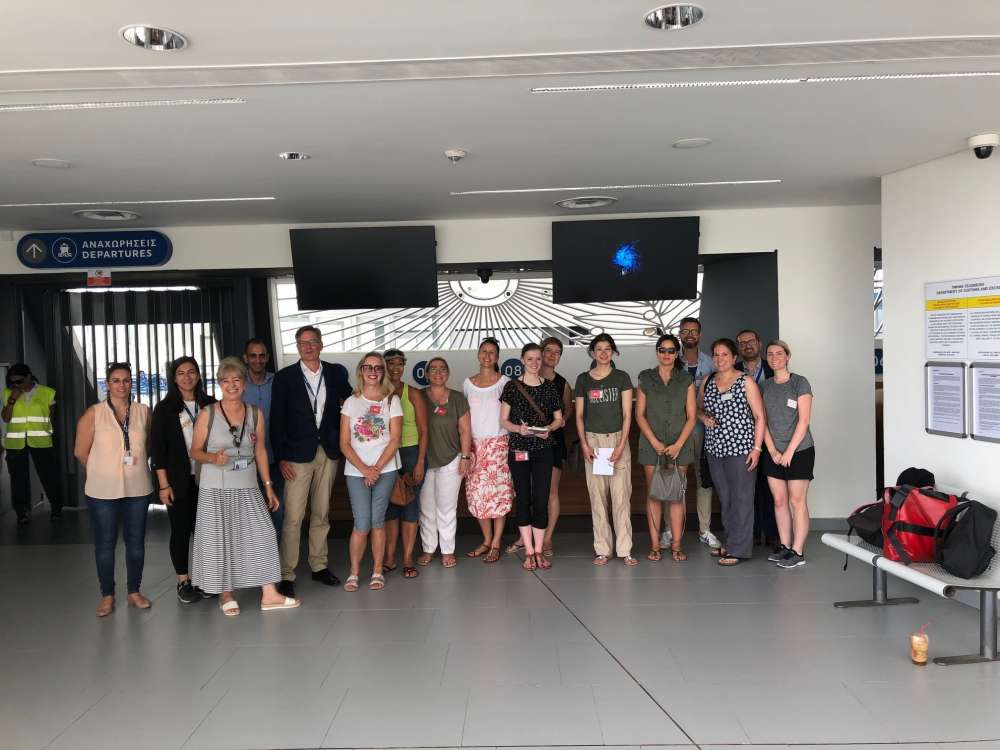 DP World Limassol hosted leading cruise sector executives at the 2nd Limassol Cruise Executive Summit. The aim of this event was to promote Cyprus and Limassol as an attractive cruise destination and elevating cruise tourism.

Eleven large cruise operating companies based in Europe and the United States took part in the cruise executive Summit that was held between May 29 and 31. The initiative was carried out by DP World Limassol as the operator of the New Cruise Terminal in cooperation with the Deputy Ministry of Tourism, Limassol Municipality and Haifa port.

Representatives of international cruise companies, included Royal Caribbean, Crystal Cruises, and Holland America, had the opportunity to visit historic monuments such as the Ancient Kourion Theatre in Limassol, the Tombs of the Kings in Paphos and Famagusta Gate in Nicosia. They met with the Mayor of Limassol, as well as other tourism industry stakeholders exchanging view to improve the touristic product.

The guests visited the traditional Cypriot villages and enjoyed traditional local cuisine, in an effort to better understand Cyprus’ cultural heritage. Executives also, visited the modern facilities of DP World Limassol’s New Cruise Terminal and held meetings with tourism officials gaining a positive impression of both the Cruise terminal and the level of service.

DP World Limassol’s General Manager, Charles Meaby said “the Limassol Cruise Executive Summit is a unique opportunity for the executives of international cruise operators to get to know what Cyprus has to offer”.

And he added: “The cruise sector is a priority for DP World Limassol, while cruises are a major opportunity for Cyprus to interact with tourists from markets that traditionally don’t visit Cyprus in large numbers; like the United States and Germany.

Meaby continued “Our goal is to turn Limassol port into a base port and an attractive option for companies operating in the cruise sector. A thriving cruise market could bring numerous benefits to the local economy, such as create new jobs and upgraded services. The potential of the tourism industry and especially the cruise sector is especially promising; however, in order to make the most out of the opportunities that are opening up, all the stakeholders must be willing to cooperate”.