Dozens of policemen lined up in the center during march 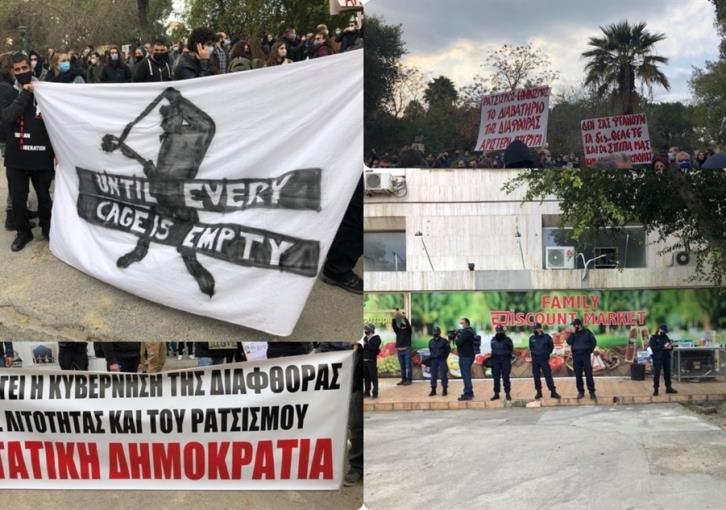 Dozens of policemen have been alert in fear of incidents during a new protest that has been scheduled in Nicosia at 16:00.

The police operation is in progress with its members lined up in dangerous points.

According to information, the police has already sent a drone that is recording the whole course of the protest.

It is noted that the organizers of the event have asked all participants to wear masks, to keep their distances and not to reply to any possible provocations.

Already many protesters have gathered at the starting point at Kolokasis park.

Members of Thyra 9, organized supporters of Omonoia football club, have already arrived to the starting point.

By gavriella
Previous articleArchbishop congratulates Patriarch of Serbia for his enthronement
Next articleHundreds of protesters in the streets; march ends without incidents